And The Winners Are…

The fourth annual Penn Alumni Travel photo contest has come to a close. The votes are in and the winners have been notified!

You can view all photo contest submissions here.

Penn Alumni would like to congratulate the following winners 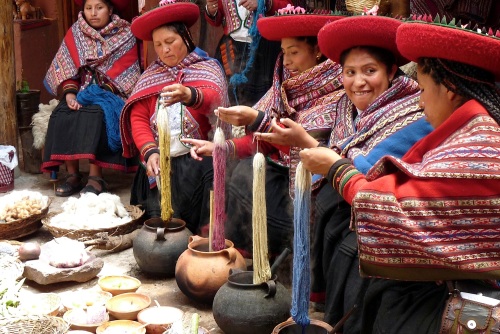 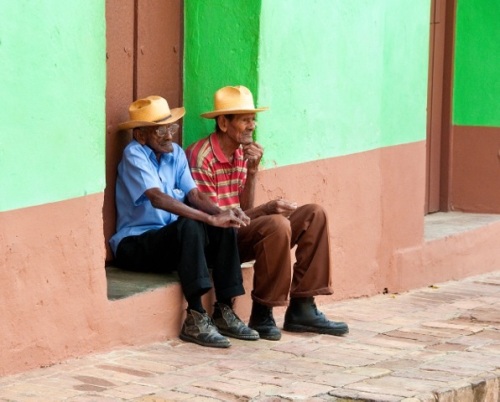 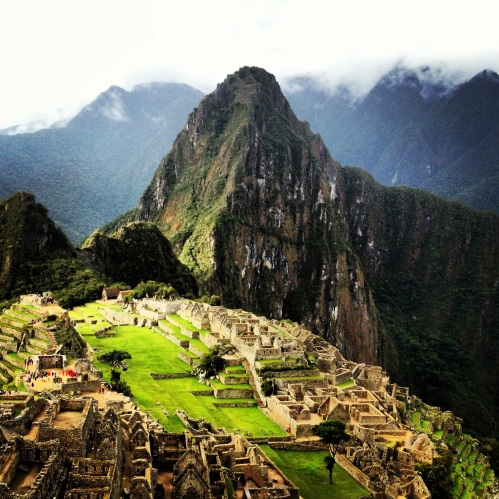 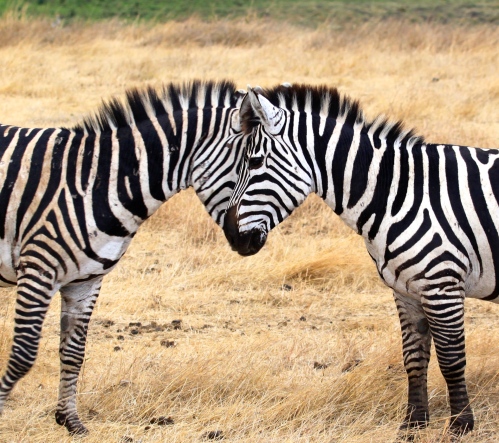 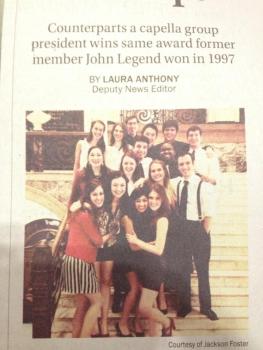 Finally, I can say that I’ve made it above the fold!  In case you missed yesterday’s copy of the DP, Counterparts made the front page for our stellar performance at ICCAs this past weekend at Drexel.  Of the 50 groups competing in the Mid-Atlantic Division, we are one of 10 that will move on to semifinals.  They will take place at Rutgers later this March, which gives me more than enough time to watch “Pitch Perfect.” 🙂 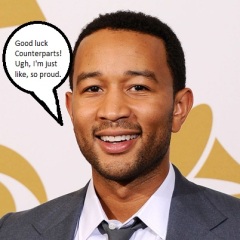 We performed three songs from our Fall show – “Big White Room,” “Lady is a Tramp,” and “Creep.”  Lilly, a fellow CP sophomore with me, added in simple yet effective choreography for each song as well.  Overall, it took us a little over a week to fully prepare and refine our set list.  Nina, our Music Director, Swaroop, our President, and Lilly did an incredible job with getting us to performance level!  It’s no wonder that, in addition to advancing to semifinals, we won both Best Choreography and Best Soloist Performance.  If only John Legend could see us now…

I am so proud of CP.  This is the first time I have ever “competed” in something relating to music, and I won’t deny that it does feel different.  I admit that I find much more satisfaction in performing for people I know.  However, to have external recognition of what I myself have known along – that Counterparts is an extremely talented group – is certainly gratifying.  We’re a musical force to be reckoned with, and I know we will show that in the next round.  The road to ICCAs has just begun! 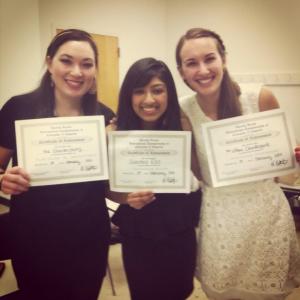 Tagged as a cappella, Counterparts

Fundraising profits help the Association of Alumnae to sponsor programs for women, such as the recent Colloquium in honor of the 100th Anniversary of the Association of Alumnae.  The funds also help to sponsor several awards, including the Continuing Education Award for an outstanding woman who has returned to college, the Fathers’ Trophy for a woman athlete and the Robert J. Alig Award for a student leader.  In addition, the Association funds the Rosemary D. Mazzatenta Scholars Awards for women students’ internships or research during the summer, and has funded the student computer kiosks in the renovated Fisher–Bennett Hall.

If you don’t want to miss out on this delicious fundraising effort next year, send an email to alumni@ben.dev.upenn.edu and we’ll be sure to add you to the list! 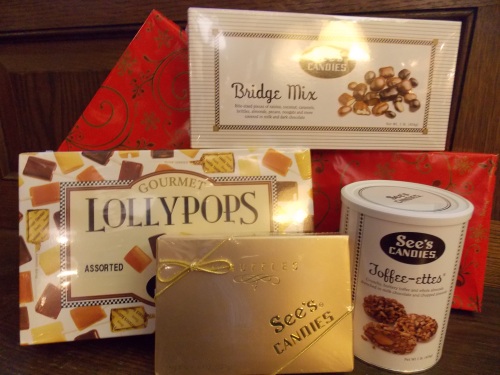 Penn Alumni have a long history of engaging in tradition and thanks to the University Archives Digital Image Collection, it is easy to access digital photos of the University’s traditions.  Here are some of my favorites from the collection:

Penn fans throw toast onto Franklin Field after the third quarter of every home football game. The toast-throwing tradition was in response to the line “Here’s a toast to dear old Penn” in the school song “Drink a Highball”. The act of throwing toast was adopted after alcohol was banned from the stadium in the 1970s. In a good season, 20,000 to 30,000 pieces of toast are thrown per game! 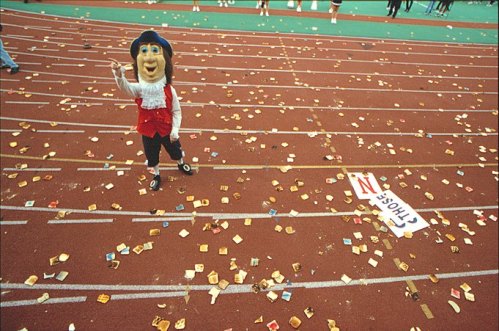 Established in 1895, The Penn Relays represent the largest amateur track meet and oldest organized relay competition in the United States. The event is held every April for three days at Franklin Field. The Relays bring together the best track and field athletes from high schools and colleges worldwide, in addition to races on Saturday with Olympic athletes. An important event to the community, the Relays bring in over 100,000 spectators each year. 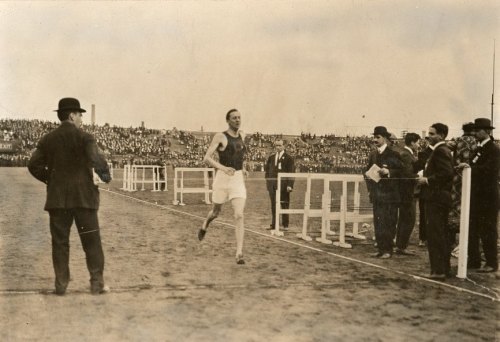 Although it’s possible to get basketball season tickets without camping out overnight at the Palestra, the best seats go to those who wait in “The Line”. Groups spend 24 hours in the nation’s oldest basketball arena just to score coveted court-side seats. The tradition started in 1969, and now the date and location where the tickets will be sold is changed every year and kept top secret. 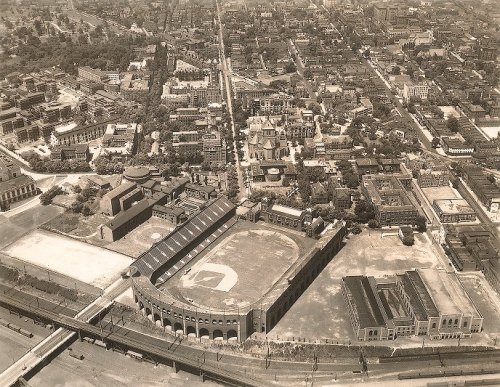 In 1916, Hey Day was established as a “Moving-Up” celebration to mark the advancement of each class. In recent decades, Hey Day has represented the official passage of the junior class to senior status and is characterized by thousands of marching students parading around campus and wearing red T-shirts, carrying canes, and biting into fake straw hats. 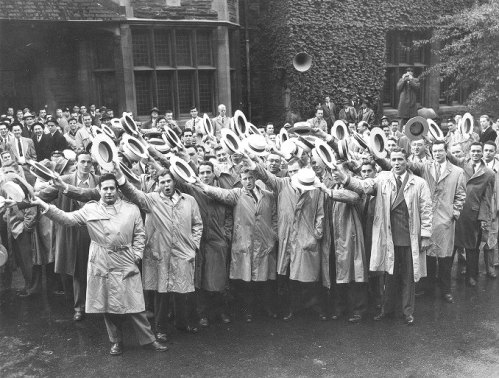 Hey Day has changed a bit since 1950 and the celebration is bigger and more festive than ever.  Here is a photo from the 2012 Hey Day parade.  This photo is today’s competitor in the Ivy+ Alumnipics competition.

Show your Penn Pride by “liking” the photo on Facebook between 11am EST Tuesday, July 31st and 11am EST August 1st.  The more “likes” we receive, the greater our chances of winning the gold medal! 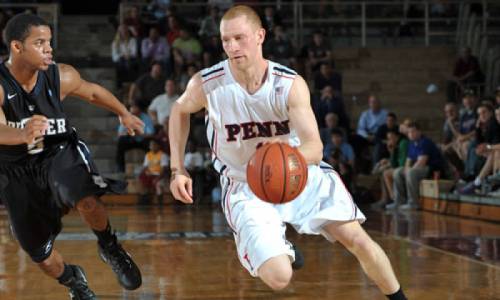 How? By virtue of Men’s Basketball senior guard and team captain Zack Rosen, who is one of ten finalists for the Lowe’s Senior CLASS Award. The award, “is presented each year to the outstanding senior NCAA Division I Student-Athlete of the Year across ten different sports. The acronym “CLASS” stands for Celebrating Loyalty and Achievement for Staying in School®.”

Each of the ten finalists is profiled on the award website, and you can read about why Zack was nominated here: http://www.seniorclassaward.com/athletes/zack_rosen/.

Just this week, Zack wrote an editorial published in The Daily Pennsylvanian, thanking the students for supporting the team this year. As you can see in the comments below his piece, the fans write to thank him for bringing excitement back to Penn basketball. I for one, am a huge Penn Basketball fan, and was thrilled when the team visited southern California this year (read my earlier post about the fans that came to cheer for the Quakers). When I was on campus in February, I attended the Penn-Harvard and Penn-Dartmouth games, and it felt like old times in the Palestra – a packed house with Penn alumni and students cheering loudly for our beloved Quakers. Much of that spirit is thanks to Zack Rosen, being the best player on the court and a class act off the court.

The finalists are in New Orleans now, and participated in a service project this morning. Tomorrow, between the two final four games, the winner will be announced. In the meantime, their photos adorn a bus and a hotel in New Orleans. Pretty cool to see a Penn player receive some well-deserved national recognition. 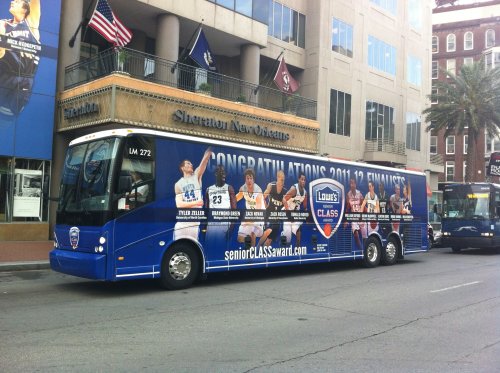 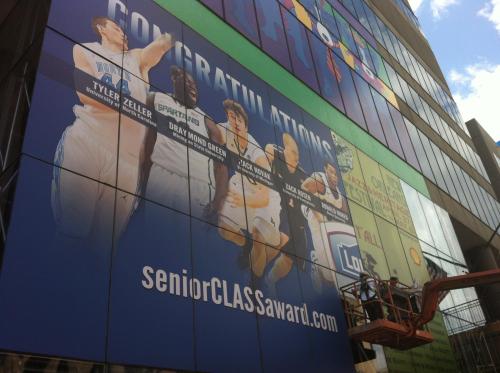 Installing the Lowe's Senior CLASS photo on the Sheraton in New Orleans. 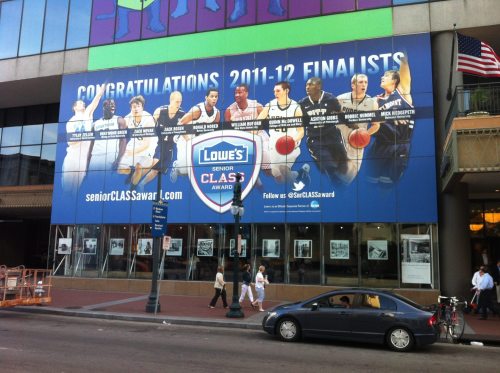 Rosen is named second-team ECAC Division I All-Star, the only Ivy player named.

Rosen dives into life with same passion as hoops on CSNPhilly.

Surely you all read my previous post about party culture at the Sweeten House.  If not, I’ll wait.

Finished?  I’m sure you were wildly entertained!  Did you leave a comment?

Last week our fearless Frankly Penn blog founder, Aimee LaBrie, hosted a fabulous soiree (can it be a soiree if it’s at 4 PM?) honoring all of us blog contributors – both of the frequent kind and of the once-in-a-lifetime kind.  Aimee created awards for each and every blogger and presented them at the event along with personalized gifts.  Everyone is so excited about their awards, and a few people around Sweeten have displayed them proudly in their workspaces.

Nicole is so excited about her award, she has it displayed right beneath her office nameplate! 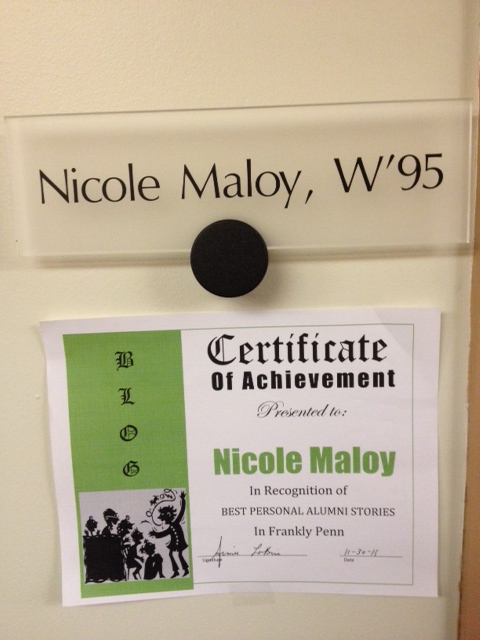 Can you spot Lynn’s award among all of her daughter’s artwork? 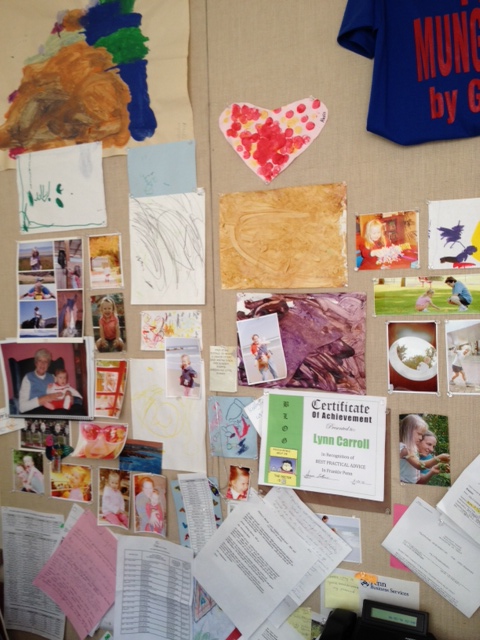 Lisa V. doesn’t ever want to spin her chair around and NOT see her Frankly Penny. 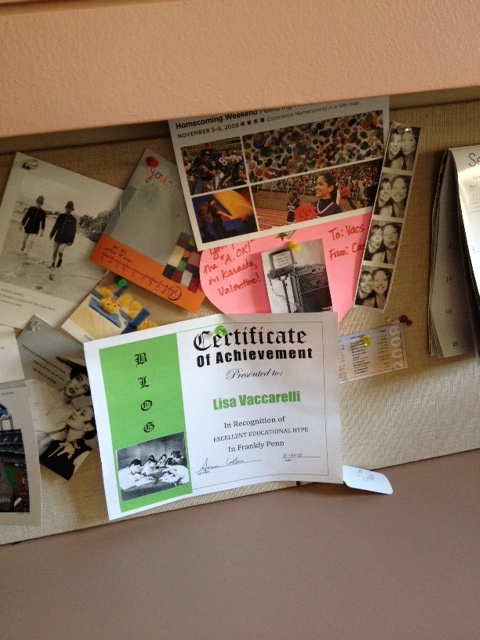 Mine is covering up my William + Kate tea towel.  Am I finally tired of them? 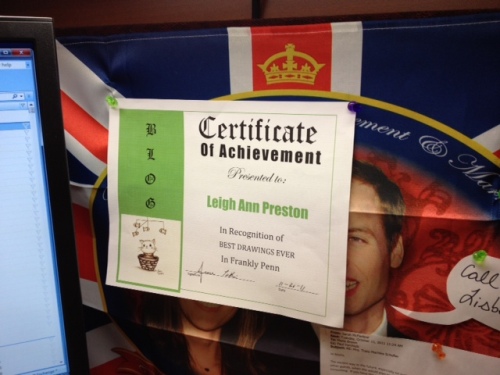 Jason’s only regret is that the certificate is too small for the frame he had picked out for it. 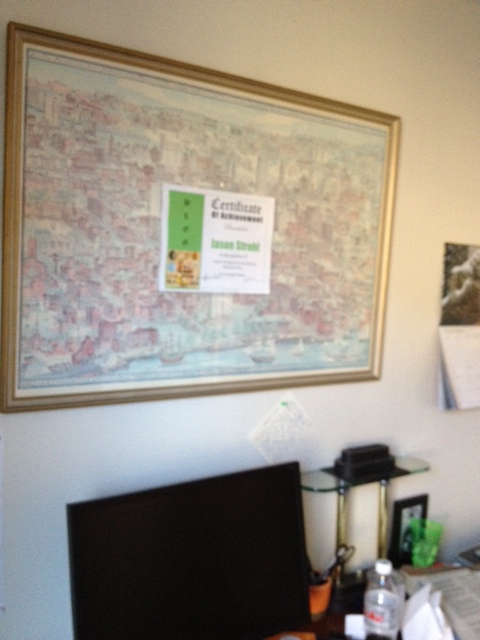 Hoopes’s award is displayed proudly on his credenza, along with his blogger pride pencil!  No wonder he’s proud: who else has an award featuring a cat climbing a ladder? 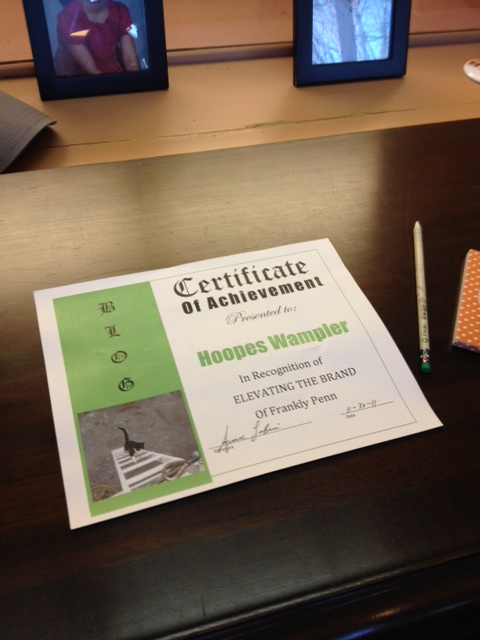 This is the best award Cecilia has ever received! 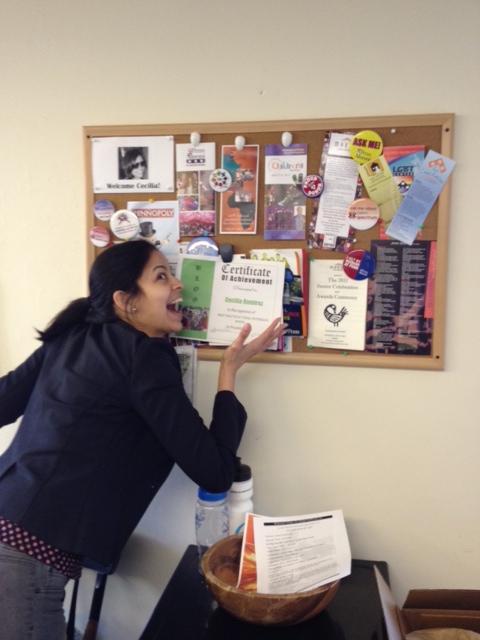 Have you ever received an award for anything?  Let us know in the comments!  If you want to be awarded next year with a Frankly Penny, you could be!  All you have to do is contribute to the Frankly Penn blog.  Contact Aimee LaBrie at alabrie@upenn.edu for more information.