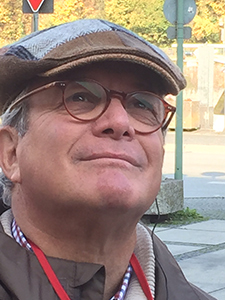 As I mark the one-year anniversary of my prostate cancer surgery, I feel thankful, mostly for the peace of mind I’ve enjoyed for 12 months. The cancer is gone, thank God.

I’ve learned, however, that periodic tests drive or disturb mental calm. In the first year after surgery, one undergoes quarterly blood tests to determine your PSA (prostate-specific antigen) level. At the risk of discussing science that I don’t completely understand, PSA levels can determine your propensity for cancer. In my case, with my prostate removed, the test indicates if the cancer has vanished, or possibly recurred.

An academic test seems far less momentous than a three-lettered blood test. The grade you seek is “undetectable.” It’s comparable to an A-plus. So far, my four tests—as required in the 12 months following surgery–have shown no evidence of cancer. In consequent years, the tests are every six months.

While I might seem light-hearted about the PSA tests, I am not. My medical journey in the spring of 2015 began with PSA results that indicated significant concern. These results led to a biopsy, which produced even worse news. I realize that test results can change over time.

I think about a close friend who underwent monthly tests following a brain-tumor operation. I tried to imagine his fear, the foreboding. His fortunes were not as cheerful as mine. His cancer recurred. Consequently, he had to withstand another intrusive brain operation. He died Tuesday, June 7, 2016. I grieve the loss of this friend.

One of the best things that has occurred during the past 12 months has been the opportunity to provide advice to friends dealing with prostate cancer, or its probability. “Advice” is probably a bit inaccurate. I listen. I ask questions. And I relate my experience. Different options exist for the treatment of prostate cancer, considered one of the most curable cancer diseases.

Very recently, a Penn classmate and close friend, called to say that his PSA was elevated. Like me, he had many questions and concerns. We had a candid conversation. His medical situation sounded eerily familiar. He promised to call me back after he and his wife met with a urologist and charted a course of action. We spoke Saturday, June 4. His urologist did not believe that my friend faced a cancer diagnosis.

I’ve taken other calls from friends. Mind you, I am no expert, just a survivor so far. After answering perfectly good questions, I then offer the main lesson I learned during my time of anxiety: the path you choose has everything to do with your personality. Surgery is immediate. Radiation takes longer. Both are successful. I was too impatient to await the results of three months of radiation. I sought peace of mind, quickly.

Fortunately—or maybe unfortunately—a large number of men are out and about in every community in the United States, having experienced the treatment of prostate cancer. As I learned, one simply has to call a member of this non-exclusive men’s club to seek advice and find solace. I had no idea about the extent of this unstructured support group.

During my career, I worked hard to establish expertise. I wanted to be a valuable and valued employee. I had hoped to contribute talent to a project or mission. I never imagined that a medical calamity was a desirable source of expertise. Life keeps intervening in sometimes difficult ways.

I live with some of the after-effects of prostate cancer surgery. I won’t elaborate. My candor has limitations. The inconvenience is bearable. I keep my eye on life and its longevity and potential for happiness.

I monitor my PSA tests. I keep in touch with my surgeon and family physician. And I try to provide support to friends who are facing the prospect of prostate cancer. I want to help, just as people whom I knew only through referrals helped me.