The Penn Ten: Ten Lessons I Learned At Penn 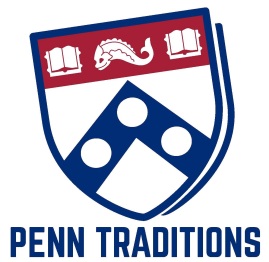 As a graduate student who did not attend Penn as an undergrad, being selected to work with the Penn Traditions program has been the perfect introduction to the university and its long-standing history. The opportunity has provided me with experiential knowledge of the culture and traditions of Penn and the importance of each one. Managed through the Sweeten Alumni House, the Penn Traditions program is designed to build community on campus, connect students with alumni, and promote a lifelong love of Penn.

The program is segmented into three branches: the Traditions Committee, Class Ambassadors, and Penn Traditions Alumni Engagement Funds or PTAEF. My role works particularly with the Traditions Committee and the 14 students who belong to it. Together, we execute events on campus such as the student section of Quakerfest at Homecoming, Friendsgiving, No Pressure Networking, and more. We seek to engage students across every school and class to promote unity throughout the university and preserve the overall traditions of Penn.

Throughout the remainder of the academic year, Frankly Penn will be featuring a series of posts written by the members of Traditions Committee. Be sure to check back to learn more about the students and their experiences!

Stay up to date with us by liking our page on Facebook and following us on Instagram.

Hey guys! My name is Kaila Brown and I am the new Graduate Assistant for the Penn Alumni Office. Words cannot express how excited I am for this new opportunity!

I made the great move from Atlanta to Philadelphia, roughly a week ago and ever since then every day has been filled with Philly adventures and new beginnings. Orientation for the Graduate School of Education began bright and early Monday morning. It was truly exciting and inspiring to sit in the ballroom surrounded by some of the brightest minds pursing their love for various aspects of education. There are, both, international and domestic students of all races and backgrounds, and it will be such a pleasure to have these diverse opinions and thought processes shape class discussions. On Tuesday I had the pleasure of attending my specific program’s orientation where I was able to meet my fellow cohort and some of the faculty. I will be earning my Masters in Higher Education. Even though I only spent a few hours with my cohort I already know this is going to be an insightful year learning from a range of students who all bring something different to the table. Every person I met matched my excitement about the quick year ahead! I begin classes tomorrow and can’t wait to learn from some of the leading lights in the field of Higher Ed.

While I know that it will be challenging, I am so thrilled for this next year and can’t wait to see all that it has to offer! 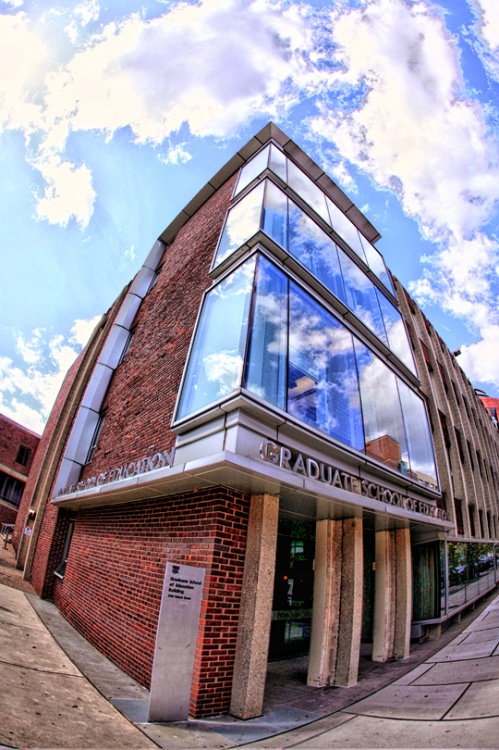 After a successful year of Alumni Programming, the Alumni Relations staff got together for their annual Staff Retreat.   This year, we learned about our Signature Themes (strengths) and how to build on them for career and personal success.   There was also a great scavenger hunt which sent 6 teams of Alumni Relations staff members on a hunt through campus for all sorts of things! It was a great way to unwind and have fun together after a year of successful Alumni Programming.

Team Redrum in Steinberg-Dietrich at the Joseph Wharton Desk 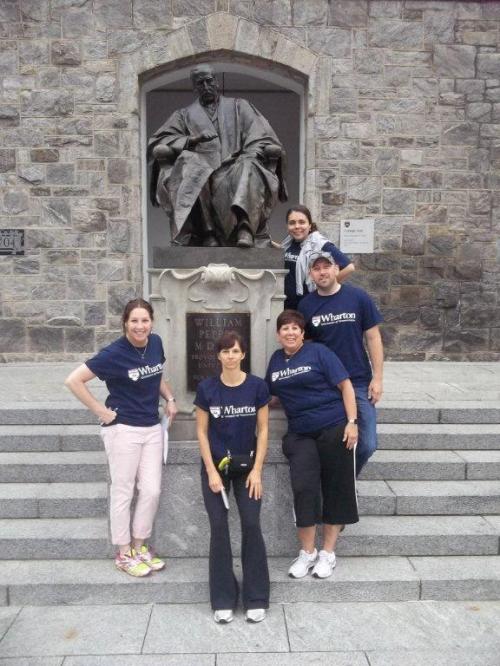 Team You Are Toast (possibly trying to spell out a word)

My apologies to Team Fists of Franklin (a.k.a Ben’s Biceps), though you were the winning team in our competition, your photos went missing in the transfer from CityHunt to us.

All in all, it was a great day with my wonderful Alumni Relations colleagues.

Filed under A Day in the Life - DAR, Carol R., Sweeten Alumni House

Congratulations to the Class of 2014 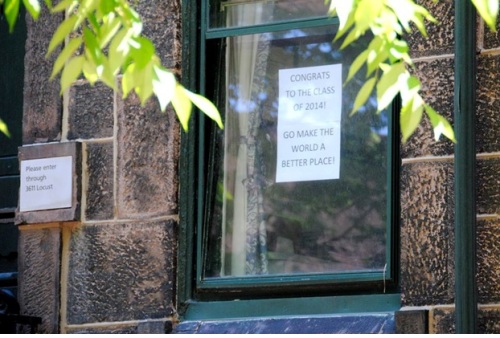 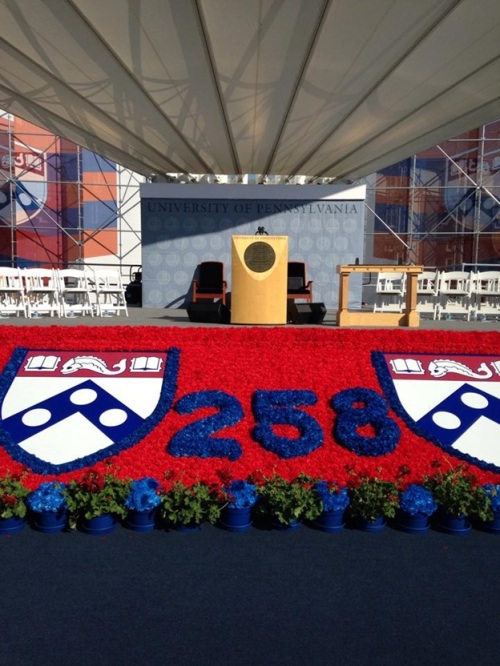 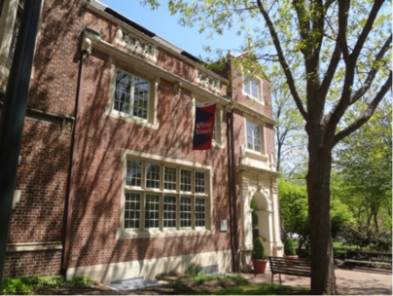 With the education crisis looming over Philadelphia, it is more difficult than ever for inner city high school students to obtain the resources and support to stand out during the college admissions process. For those hoping to attend Penn, however, there is an advantage available to bright young scholars local to the area.

The Mayor’s Scholarship has a long history at Penn, dating back 1882, when it was called the Board of Regents Scholarship. In 1910, another exchange between the City and the University took place out of a need to build strong workers and leaders in the Philadelphia area, and it became the Mayor’s Scholarship. Since then, Mayor’s Scholars have received an aid package that meets 100% of their financial need, as determined by Student Financial Services.

Last night marked a milestone for the Mayor’s Scholarship Program, as it was the first time alumni and current recipients were invited to mingle and network amongst each other. 80 participants gathered at E. Craig Sweeten Alumni House, including Coach Jerome Allen, Dr. Herman Beavers, and Pamela Edwards, where the energy and excitement was palpable. Students were excited to mingle with alumni and alumni were excited to learn about the newest endeavors of the program.

Guest speaker, Shakirah Simley, graduated C’07 with a BA in Anthropology (with honors) and Urban Studies. At Penn, she successfully advocated for the inclusion of a United States cross-cultural analysis requirement to the College curriculum and won a living wage and additional benefits for campus security guards at Penn and Temple, as the co-founder of Penn Student Labor Action Project.

Over the past seven years, Shakirah’s food career has led her to the Bay Area to Italy and back again. She has previously worked on nutrition and recreational equity policy issues, on youth organizing campaigns, and owned her own small-artisanal jam business.

Shakirah related to the students, encouraging them to connect with each other and build a strong community while at Penn. She also urged them to follow their gut, even if they are not sure which professional pathway to pursue. She emphasized the importance of cultivating inner strength and recognizing passion and talents from within.

Talent was certainly apparent as I spoke with some of the current Mayor’s Scholars and board members. Carlos Carmona, Vice President of High School Engagement, spoke passionately about reaching out to local high school students. This year the Mayors Scholarship Program helped local students fill out their applications to Penn and walked them through the application process. They also hosted an ice cream social during Quaker Days, in an effort to build a sense of community amongst this year’s recipients. The program has also identified mentors for the incoming students, so that they have someone to reach out to in those difficult first months of college life.

These types of events and support systems are expected to multiply as the Mayor’s Scholarship continues to progress from an exciting scholarship opportunity to an active student support program.

The current Mayor’s Scholarship Program Board (pictured) is as follows:

For more information on the Mayor’s Scholarship visit: http://www.sfs.upenn.edu/mayors-scholarship/index.htm

Diligence is the mother of good luck.

Today, the Interview Program staff is preparing for a party.  Or rather, 52 parties.  Between April 3rd and 27th, alumni from around the world will be hosting local events to welcome the newest cohort of admitted students to Penn.  These events are sponsored by generous Penn alumni from dozens of interview committees (from Phoenix to Pakistan), and while each event will undoubtedly have a slightly different flavor, the common celebration of a Penn education is sure to be a constant.

We’re also doing our part to ensure that each admitted student event is stocked with red-and-blue party supplies, by shipping boxes of Penn-themed gear to more than 15 states and 20 countries.  So, if you happen to hear a chorus of “Hurrah, hurrah, Pennsylvania” coming from somewhere in your town during the month of April, don’t be surprised.  In fact, we’d encourage you to join in the celebration, and to help us welcome Penn’s Class of 2018 to the four incredible years that lie ahead!

Nicole Maloy, W’95, is one of my colleagues in Alumni Relations. She is the Director of the Multicultural Outreach program. I thought I’d share a post about her simply because she is interesting!

Nicole not only works in Alumni Relations, she is a very active volunteer on Penn’s Association of Alumnae Board, members with whom I work closely. This post is not about Nicole’s role as an employee or as an alumna however, this is about Nicole’s personal creativity. For example and most recently, Nicole taught a few of her Alumni Relations colleagues how to knit. She is a patient teacher (for which we are most grateful) and now my ten-year old daughter wears a beautiful purple knit hat that I finished last month. Nicole has many talents — she’s a dancer, a singer, an athlete, and most certainly an artist, as confirmed by being chosen last week to exhibit her portrait drawing at the Pennsylvania Academy of the Fine Arts. This honor is what I wanted to share with you.

Here’s the story . . . Nicole once wrote a Penn Alumni Blog post about exploring art resources in Philadelphia (includes a photo of her at age 17 with several jean jackets that she painted for her high school classmates in the late ’80s and early ’90s). One resource that she had not yet taken advantage of is the Pennsylvania Academy of the Fine Arts (PAFA), the first school of fine arts in the United States. Its origin dates from 1791, when Penn was still located at 4th & Arch Streets.

In fall 2013, Nicole took a weekly evening class called “Intermediate Portrait Drawing” through PAFA’s Continuing Education program. Students who had been enrolled in CE classes or workshops from spring 2013 through spring 2014 were invited to submit artwork for the Pennsylvania Academy of the Fine Arts Continuing Education Programs Annual Juried Student Exhibition.

PAFA received nearly 180 submissions, and 80 were accepted. Among them is Nicole’s piece, a portrait in charcoal entitled “Waiting,” which was drawn from a live model in class. If you would like to see it, along with the other 79 drawings, paintings, and sculptures, the exhibition runs from February 28 – April 6 in Gallery 128, Hamilton Building, 128 North Broad Street, at PAFA.

With just two weeks left in the Interview Program cycle, days have been filled to the brim.  However we had a chance to stop and marvel at our amazing interviewers the other day when we received a package from some of our incredible Massachusetts Chairs!

Inside was everything our hungry and sugar-crazed crew could want:  Squirrel Nut Zippers, Neco Wafers, Boston Brown Bread, Fluffernutter Sandwich ingredients and an abundance of Cape Cod Chips.  Many thanks to Shannon Scully, Paula Breger, Mimi Neuman, and Felix Layne, our awesome 85% or Bust Team from the Phillips and North Shore Interview Committees! 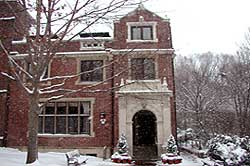 Wish our alumni and friends a happy and healthy 2014!