It is difficult to imagine that in 1944 Fred Jordan came to Skid Row and found hungry people living in boxes with their meager possessions strewn around the asphalt.  Sadly very little has changed in the ensuing years.

But throughout that time the Fred Jordan Mission has been steadfast on Skid Row, “Loving the unloved, feeding the hungry and healing the hurting.”  The Jordan family continues to be involved in running this non-profit, faith-based and educational relief organization.

A large crowd of Penn volunteers of all ages showed up in two shifts on this exceedingly hot and sunny Thanksgiving.  There was no shortage of helpers. Crowds of single guests and families lined up patiently waiting for their meal, while city leaders and clergy spoke and music blasted from a stage.

The event was planned to create a festive, tasty and embracing Thanksgiving for the poor, the working poor and the homeless, and the Mission was prepared to serve 3000 people at their 73rd annual Street Banquet. 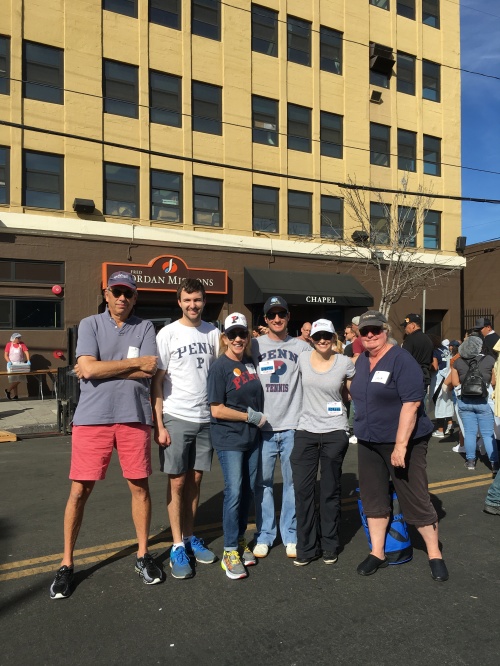 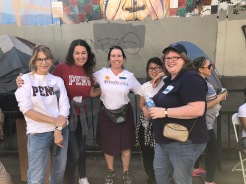 Penn Serves LA volunteers helped set tables, arrange chairs, serve plates of food, pass out drinks and mingle with the crowds.  Rarely has one seen larger drumsticks or heartier portions of mashed potatoes, and the diners seemed grateful for the wonderful meal and the upbeat atmosphere. 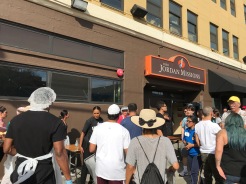 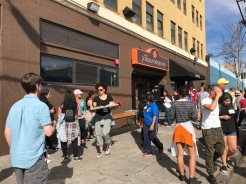 Some Penn volunteers helped to pack and hand out sizable bags of produce to guests after they finished their meals.  As the sun reached its peak, tables were cleared and folded up, bags of trash were taken inside the mission, and brooms were at work to leave the streets clean before evening set in.

The Penn volunteers headed back to their cars, home to families for their own Thanksgiving celebrations.  To get to our vehicles, we walked by tents on the sidewalks, various encampments and people returning to their lives on the streets.  Our “work” that day was easy, but one could not help but feel humbled by what we had observed and experienced. 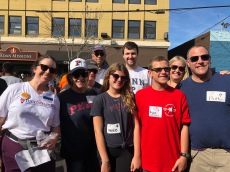 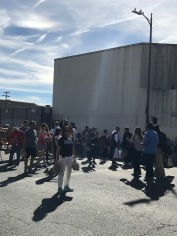 Penn Serves LA Volunteer Joan hands out bags of food to guests after they enjoyed a Thanksgiving meal, photo courtesy of Kiera Reilly

Penn Serves LA volunteers hand out bags of food to guests as they leave after enjoying a Thanksgiving meal. Photo courtesy of Jane Gutman

Since our founding in 2012, we have done everything from serving meals to the homeless to restoring the environment to fixing homes. Six times annually, we find another great opportunity to learn about interesting nonprofits, lend a hand and enjoy a fun experience with fellow alumni.

We invite the Penn community in Los Angeles (alumni, parents, and kids) to join us at a future event, to help spread the word and to help us plan future activities. Join us, meet new Penn people, demonstrate what service means to your kids and friends, and help fellow Quakers make a little bit of difference in our complex city!