Over thirty Penn Alumni and their children joined together for a fun beautification project for El Nido Family Centers in Mission Hills.  We were thrilled that Elizabeth Fields, Julie Gutowski and Kiera Reilly from the Penn Western Regional Office joined us. And we welcomed special guests in town from campus Penn Professor David Grossman, Ph.D., Director, Civic House and Civic Scholars Program, and Katie McCarthy from the Penn Development Office, both lending their painting skills for good. 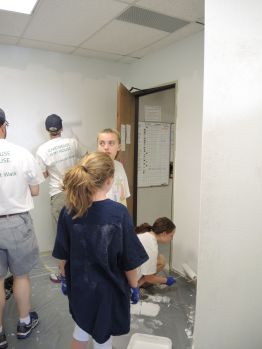 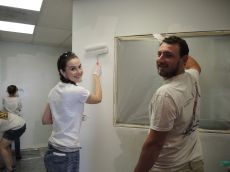 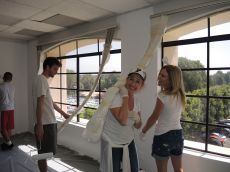 All in all, the team completed the center’s foyer, a key event room, as well as a hallway in bright white.  The highlight for many participants was contributing to a full wall-sized canvas mural alongside the Pacoima mural artist.  Volunteers brought together her vision for a grand-scale masterpiece to add cheer and interest in the center’s main lobby area. 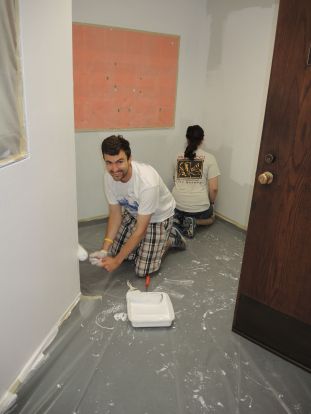 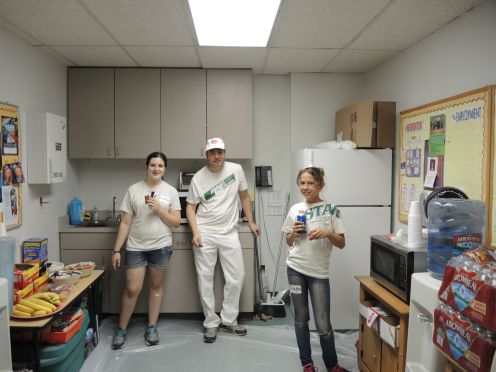 Stuart Berton, El Nido Board President and Wharton ’61 graduate, thanked the team and provided a great overview of the important work of El Nido, a nonprofit that has served Los Angeles for 89 years.  Each year, the centers reach over 11,000 Los Angelenos  through its community outreach, early education and teen pregnancy initiatives, and gang-prevention programming.  While many individuals come to the center, El Nido social workers are also in the field meeting individuals and assessing families in their homes and schools. 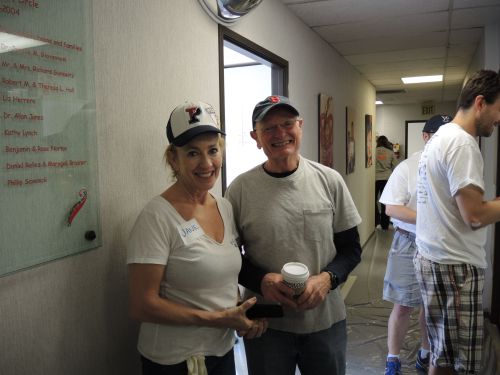 A few highlights of their work were shared.  For instance, their GRYD program for gang-prevention has experienced success rates of up to 98% working with at-risk youth.  Their teen pregnancy recidivism rate is 80% lower than the national average, with only 4% of teenage mothers they serve having a second child before they turn twenty years old. 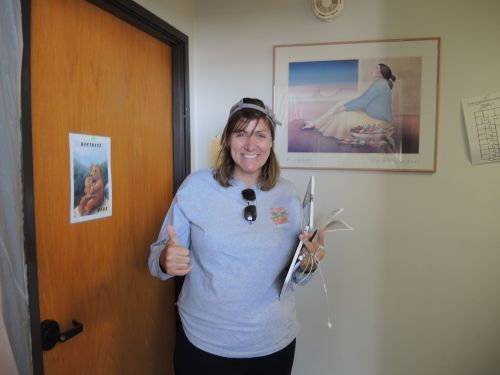 Penn Serves LA’s Leanne Huebner is thrilled with the event. 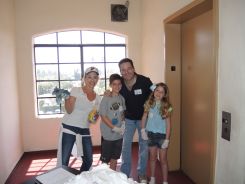 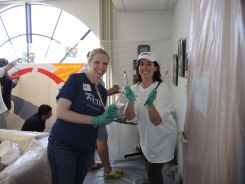 “We are excited to help El Nido with such a great, enthusiastic group of volunteers,” shares Jane Gutman, CW’73, PAR’14, PAR’16, one of the Penn Serves LA Directors and coordinator of this event.  “And to have David and Katie here from Penn lending a hand makes our day of brightening the facility with fresh paint all the better.”

View all the photos from the day here. 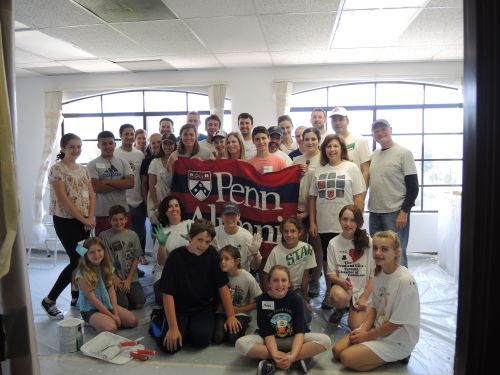 The entire group poses to celebrate a job well done!

The next Penn Serves’ event will be Saturday, August 9th from 9 a.m. to noon and you can reserve your spot here.  Penn will be serving LA Waterkeepers in an effort to help identify the impact of debris on our area’s water supply.  “It’s a great opportunity for your science-minded side as we will be surveying and collecting valuable data,” shares Christine Belgrad, W’87, PAR’15, PAR’17, event coordinator.
Many of the past Penn Serves sell out, so please reserve your spot quickly.

Read about our past events:

December, 2013 – Holidays are a Time for Giving

August and September, 2013 – Serving the Environment and LA Leadership Academy