As I look back 25 years ago to our graduation and look forward to our upcoming reunion, I think most of the Penn students/alumni I was friends with and spent a lot of time with – either at Penn or after.  I also remember locations (dorm rooms, computer labs) and events (Spring Fling, throwing toast at football games).  I can recall some professors and classrooms (but admittedly, only a few).  But there’s another group of people I like to remember – the many people who worked at Penn in other capacities.

I was recently reminded that as we were leaving Penn, so was one of the staff members I worked closely with, Albert Moore, SW’86.  Amongst other things, Albert was a fantastic adviser to the Student Activities Council (SAC).  At the time I was running University Television (UTV), the student television station – and I can remember checking out some equipment and interviewing people (including many from the class of ‘93) who worked with Albert to create this video.  Happy memories!

And now, 25 years later, I’ve posted that video on YouTube (where I work today).  If you have any happy memories on video, post them on YouTube with the hashtag #93tothe25th.

Kiera Reilly shared these photos of Albert’s farewell party. Many of us are still in touch with Albert all these years later. We were lucky to have him as a student advisor when we were at Penn.

Albert Moore opens a silver bowl given to him by his co-workers at his surprise farewell party, January 25, 1993.

Albert Moore and colleague Lynn Moller from the Office of Student Life at his farewell party. 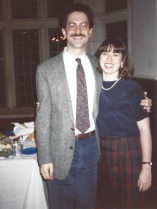 Albert Moore and Kiera Reilly at his farewell party 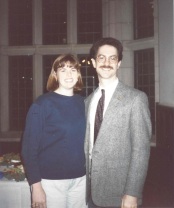 Albert Moore and Meg O’Leary at his farewell party

Albert Moore and Stephen Golden at his farewell party 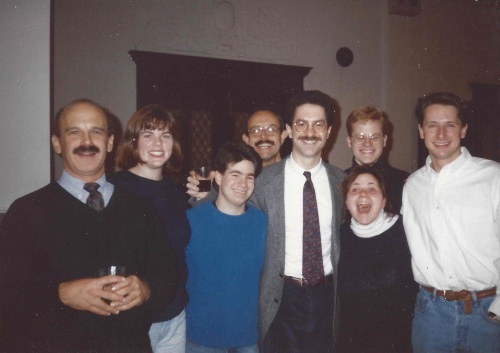 The Marriott Downtown (where we had a Penn 1993 and a Penn Alumni room block) is sold out for Alumni Weekend. There are alternative hotels nearby. We recommend booking ASAP! Please see our class website for additional details.

Filed under 25th Reunion, Class of 1993, Memories of Penn