In our weekly countdown posts, we are a bit behind schedule. This post should have appeared for the weekend of September 1- 2, 2017. Why? Because on August 30th our class was surprised to learn that one of our very own  – Chrissy Bass Hofbeck, C’93 – was a contestant on Season 35 of CBS’s Survivor: Heroes vs. Healers vs. Hustlers! 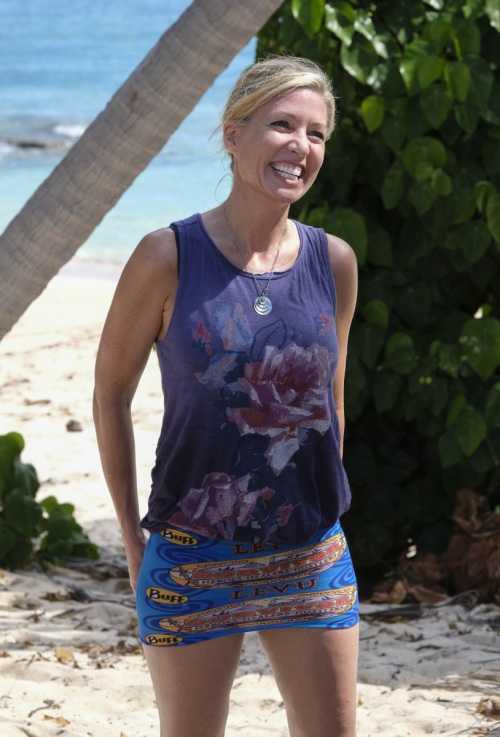 After the announcement in August, we had to wait for the season premiere of the show to see Chrissy…and in every week since then, many in our class are tuning in to CBS at 8:00 PM to watch the latest episode and see if she survives. As of today, November 29, Chrissy is still competing. Tonight’s episode is a double-one, so we are hoping she survives tonight too!

Here is some information about the show and Chrissy:

Chrissy first applied to be a Survivor contestant in 2001, and continued to apply many times since then until she was finally selected for this season.

Filming for this season was in the Mamanuca Islands, Fiji in April and May of this year. Chrissy’s family, and the families of the other contestants had no idea where they were filming. Everyone was provided one way tickets to Los Angeles, and then all phones were confiscated prior to them flying to their final destination. Even once a contestant is voted off, there is still no communication until the season’s filming is complete.

In pre-show publicity, show host Jeff Probst said in his Castaway Assessment on Entertainment Tonight (Septmber 12, 2017) that Chrissy was, “one of [his] all-time favorite people.” We couldn’t agree more!

Tribes this season were initially divided by positive characteristics as described by others, and Chrissy was placed in the Heroes tribe. 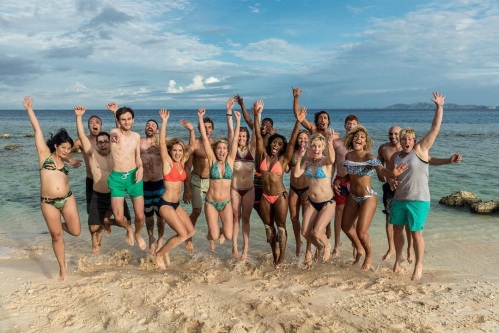 CBS Survivor Season 35 cast featuring Chrissy Bass Hofbeck, C’93. (Chrissy is in the front row, third from the left in a blue bikini)

Chrissy’s husband Keith could not share her whereabouts with anyone, and told everyone that she was away on business in Brazil. Once word got out that she had left her job at Prudential, he tried not to leave the house!

To train for the show, Chrissy joined an indoor swimming pool and swam laps daily. She learned slide puzzles and tangrams, and did general walking and running each day. She also weaned herself off coffee and gained 5-7 pounds.

In past shows, Survivor has had many Ivy League alumni competitors. Chrissy is the fifth Penn alumnus to compete. The others were Gregg Carey (Season 10 Palau), Charlie Herschel (Season 17 Gabon), So Kim (Season 30 Worlds Apart), Cydney Gillon (Season 32 Kaoh Rong). We are the second highest Ivy in terms of participants with Brown holding the number one slot with six competitors.

We are excited to tune in and watch Chrissy every week, and hope she survives in tonight’s episode. Regardless of how the game ends, she’s a winner to us!

Hurrah, Hurrah Chrissy! We hope you outlive, outplay and outlast the competition!