Remember picking up your issue of The Daily Pennsylvanian as you left the High Rises, or walked through Steiny-D? And once a year the stories seemed not quite right? The annual DP Joke issue always caused a stir, with some stories seeming plausible enough to be real, so that the other stories that were truly off-the-wall were believed.

I searched The DP’s archives to find the Joke Issues for our time at Penn. But since the issues weren’t called “joke issue” in the paper, I only found one so far, the one from our senior year, which was published on March 30, 1993.

The joke stories on the front page: 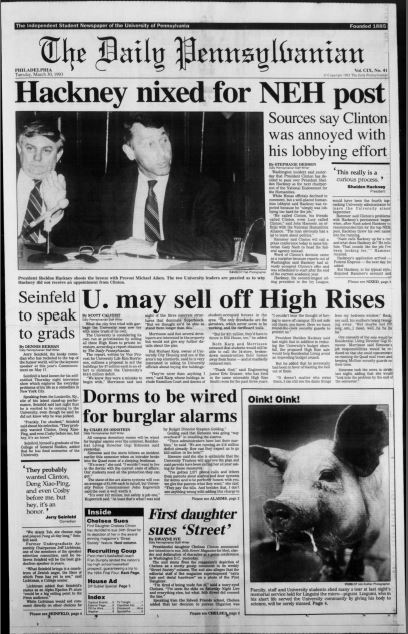 The March 30, 1993 front page of The Daily Pennsylvanian

You can see the entire issue in The Daily Pennsylvanian’s archives.