We’re a bit behind in our weekly countdown postings, but as today, April 27, is Hey Day for the Class of 2018 on campus, I thought I would flash back to experiencing Hey Day as Seniors. We copied a “tradition” that the Class of 1992 started – Hey Deja Vu. While the Juniors had their fun in red shirts, we went to Smokes for a Screamer, then watched them parade down Locust Walk, and then returned to Smokes to end the night.

I do remember the Class of ’92 having dark blue t-shirts (in contrast to the red Hey Day shirts), but I do not recall our class having shirts. Does anyone remember?

Here is an ad from the DP the I saved for our Hey Deja Vu. 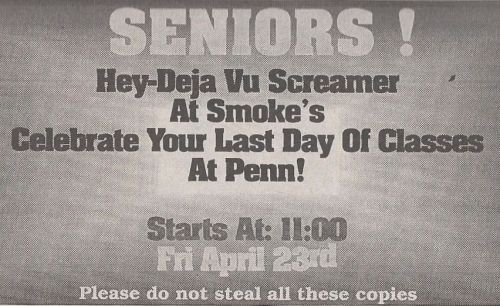 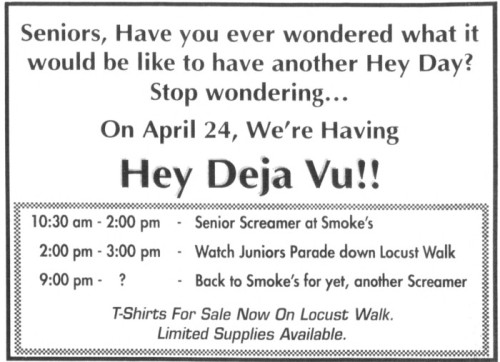 The only other mentions I could find for Hey Deja Vu were for the Class of 1996, so I assume the tradition continued at least through then. 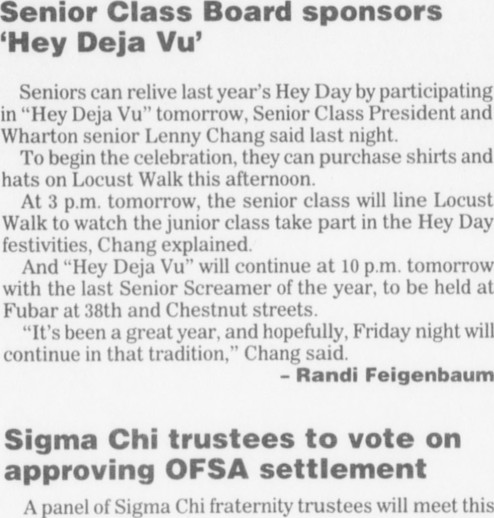