Many of you might not realize it, but Penn has a regional development and alumni relations office in Los Angeles. While the location has changed a few times, there has been a Penn presence on the west coast for well over twenty years.

Currently, there are 3 Penn staff people in the LA office, and we wave the Penn flag for the over 9,500 alumni in the greater Los Angeles area, as well as a similar number of alumni in the Bay Area. We also work with alumni, parents and friends in Colorado, Utah, Nevada, Oregon, Washington, Alaska and Hawaii.

We have been in our current location for just a year. Last September we invited top volunteer leaders for a breakfast meeting and an update on the latest news from Penn.

We also hosted an open house and invited all alumni to stop by and see our new digs.

Most people, when they think of Los Angeles, probably think of beaches, palm trees and movie stars. 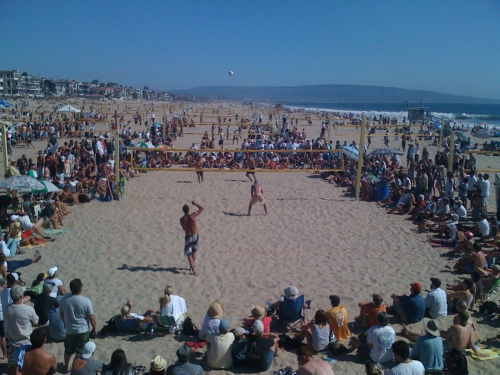 Summer nights are spent at concerts at the famous Hollywood Bowl

And it’s true, we do have all of that. But we do work too.

And the Penn-Wharton Beach Party is always a hit. This year, the event is August 18th  – maybe you can join us? (click here to purchase tickets: http://www.pennclubla.com/article.html?aid=1157 )

Penn-Wharton Beach Party on the beach in Santa Monica

PennClubLA’s Penn in Pictures event always draws a crowd too. Here’s a photo from the October event. 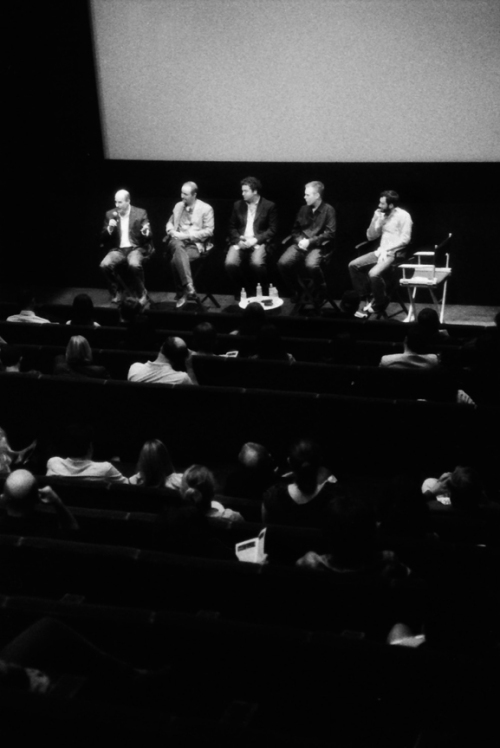 But, this weekend, we are worried. You see, we survived “the Rapture,” but now we have a much more serious omen looming over our beautiful city.

Probably everyone has heard horror stories about LA traffic.

And it can be pretty bad, even on a normal day. Even after rush hour. Even in the middle of the night. But, this weekend, we are facing something entirely different. It’s so ominous there’s an official name for it:

It’s even trending on Twitter (#carmageddon) and the Los Angeles Times is posting official updates via @LACarmageddon. 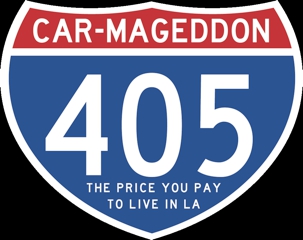 The 405 Freeway, one of the major north-south freeways on the west side of Los Angeles, is being shut down this weekend. Normally 550,000 cars drive on this road each day. 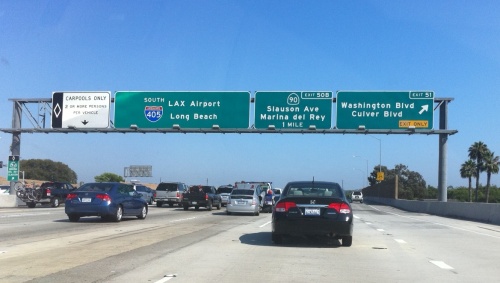 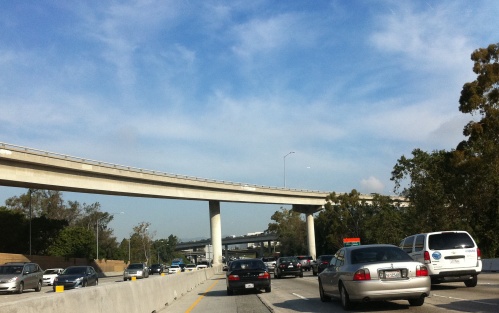 The 405 as it intersects the 10 Freeway, the starting point of the closure this weekend.

The 405 Freeway heading north at the Santa Monica Blvd. exit

The freeway is being widened for a carpool lane, and an overpass is being demolished over the weekend. So the stretch of the 405 between the 10 freeway and the 101 is being closed starting late Friday night through early Monday morning.

There have been signs on the freeway and local streets for months alerting us to this impending “Big Delay.” 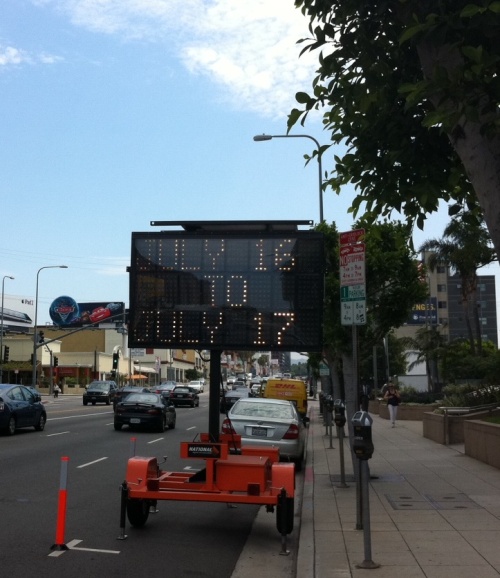 Now that the weekend is upon us, people are preparing for the worst. Many businesses are closing. Offices are shutting and asking employees to work from home. Celebrities were asked to tweet about it to their followers. LA County Supervisor Zev Yaroslovsky has some poignant advice for worried motorists:

The best alternative route is to totally avoid the 405 area, completely avoid it, don’t come anywhere near it, don’t even think about coming to it. Stay the heck out of here.

The national media is reporting the story – I’ve seen articles in the New York Times and heard a story on NPR last week. This USA Today article does a good job of explaining the impact this closure will have all over Los Angeles and beyond: http://www.usatoday.com/news/nation/2011-07-12-traffic-LA-405-closing_n.htm. There’s a website that lists all the specials local businesses are offering for residents that stay local: http://www.car-mageddon.com/cmg/Home.html . JetBlue is even offering $4 fares for flights from Long Beach to Burbank to avoid the gridlock.

It’s pretty much the biggest story to about the 405 since O.J. and his white van were filmed cruising on it in 1994.

Hopefully, Los Angeles will survive this latest inconvenience. After all, we have to get ready for Penn vs. UCLA Basketball in Anaheim on Dec. 10th!