Spring Fling 2.0: The Evolution of a Penn Tradition 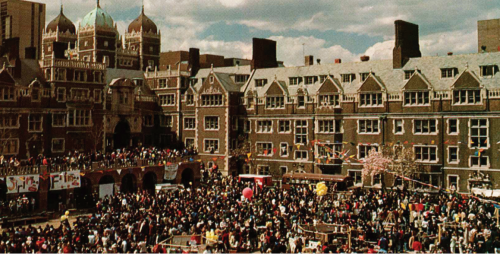 As another year comes to a close on Penn’s campus, it’s quite unavoidable to reminisce about the semester that has just passed and all of the events that came with it. While some were much less Penn-oriented such as the 2018 Super Bowl Championship of the Philadelphia Eagles and others a more Penn-centered type of event such as the continued dialogues with former Vice President, and current Benjamin Franklin Presidential Practice Professor, Joe Biden, Penn students had a variety of events to attend and participate in. One of those events, a classic Penn tradition, saw a significant shift than traditionally known by which many people were intrigued by. That event would be this year’s Spring Fling, held around three weeks ago close to the end of the semester. Spring Fling, technically started in 1949, has traditionally been a weekend of celebration through carnival-style activities, typically in the Quad, a Saturday-night concert and numerous off-campus parties. But, this year’s fling experienced a soft reboot, of sorts, with various elements being changed. But, before we embark on all of the noise, it’s best to understand how Spring Fling began. 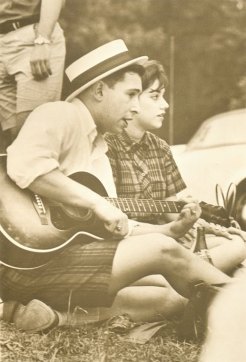 Spring Fling began in 1949, but it went by a different name then. What we now know of as Spring Fling used to be called Callow Day back in the day. The source of the name comes from Penn’s famous varsity heavyweight crew coach of the time, Russell “Rusty” Callow, and the seeds of the celebration would begin one time Coach Callow mentioned that the crew team would lose significant support if something wasn’t done to improve attendance. In response, a group of students gathered at the banks of the Schuylkill with straw hats, Callow’s signature look, and would continuously return even after Callow’s departure until the celebration eventually became Skimmer Day. The celebration soon would become a “weekend of social, musical and athletic events both along the River and on-campus” that saw people enjoy the crew races but also jazz bands, motorcades, concerts, dances and much more. Soon enough, the event would become so popular that attendance was soaring and tickets were sold to attempt to limit the massive crowds at the races. With this massive crowd, however, comes the massive hysteria that accompanies the partying and alcohol known to be associated with Skimmer Day. While many years saw action, 1955 and 1963 were particularly held as one of the worst Skimmer Days as those celebrations saw mass arrests, destruction of public property and hostility between students and cops. After the rowdy events of 1963, Skimmer Day was canceled in 1964 and wouldn’t be reintroduced to Penn until the next year. Around 1971, Skimmer Day had begun to fade the minds of students who preferred to participate in private gatherings and other external events instead of school-sponsored events. It wouldn’t be until 1973 that Skimmer Day would be reinvented by a group of students who wanted to bring back the spirit of the celebration into the Spring Fling we know today. Though the history of this tradition has had a long and complicated one, it survives to this day and is a highly-anticipated event. Though we cannot ignore the scandalous events associated with the event as students, it has become a much more tamed celebration for students to let out the stress of the spring semester before finals at the end of the semester arrive.

Now, with regards to this years celebration, one would think with the announced changes and the history of the day there would be another complete shift for the celebration. But, in actuality, the celebration has not drastically changed as much as it has before. Some of the big changes include the more contentious shift of the Saturday carnival to Penn Park form the Quad and the shift of the concert from Franklin Field to Penn Park as well. The overall Spring Fling has also been shortened down to one day as it used to generally be a two-day celebration. While the performer for the concert usually draws jubilant anticipation for weeks before, this year’s “throwback” headliners generated mixed reviews. The Daily Pennsylvanian reported on April 17, the week after, that the concert seemed to have had a lower turnout. They also reported potential reasons for the lower turnout which include disappointment by upperclassmen of the move from the Quad and Franklin Field while others just weren’t as interested in the performers. The question arises as to what there can be done with regards to sentiment for this year’s fling by organizers such as SPEC. It is clear that they wanted to create a much more succinct experience in one day and were probably limited in the amount they can put on, but this year’s fling should send signs that the transition wasn’t so well received. As a current student, I find myself agreeing with many people in that the celebration didn’t seem as expansive and exciting as previous years. Many of my friends opted out of various school-sponsored events and instead attended private events off-campus. While SPEC put on a well-planned event with lots of free food and activities at the carnival and a multitude of artists, I believe many students would want Spring Fling to be revitalized with the excitement it used to have. While not an easy task, I believe that SPEC and all organizations associated with the celebration are more than capable of reigniting interests for this nearly 70-year-old celebration.

Overall, this traditional celebration held near the end of the spring term continues to be a place for people to let some stress out before finals come creeping up on us. Spring Fling is widely anticipated by every student to celebrate the arrival of spring and can hopefully continue for students in an appropriate, exciting, new way for future generations of Penn students.