School: School of Arts and Sciences

Penn Club of Chicago Member since 2013 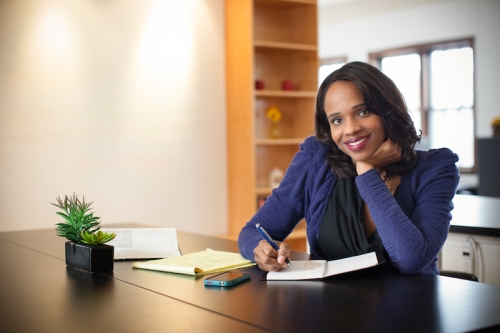 Liane claims the entire east coast as her hometown, as her family moved around on that side of the country. In the 1980s, she ended up in a suburb outside of Chicago and attended Rich Central High School. When the time for college came around, she was looking for a school that had a strong international presence, as she always had an interest in being in the Foreign Service. After graduating from Penn, Liane worked as an attorney, as a television news reporter/anchor, and as a press secretary. She’s now an entrepreneur. Liane and her husband live in Roscoe Village with their two daughters, Sienna, 5, and Brayden, 2.

What other schools did you apply to and why did you pick Penn? My top choices included Brown University, which I never visited, as well as Georgetown – because of my interest in diplomacy – and Penn. I didn’t visit Penn either, but it came across as a hip and diverse university with great programs – including their International Relations major. I’m so glad I made the decision to attend.

Name three favorite songs from your time at Penn. Back to Life (Soul to Soul), Pump up the Jam (Technotronic), and Rock Dis Funky Joint (Poor Righteous Teachers). I was also a DJ while at Penn so I have a lot of now ‘classic’ tunes running through my mind.

Favorite memories of Penn? I had a good time at Penn! I pledged Delta Sigma Theta my junior year, had a work/study job, did some theater and writing for the Daily Pennsylvanian, and I was a DJ for a while. Some of my favorite memories were being integrated into the city of Philadelphia and interacting with Penn students and local residents at the same time.

What course did you struggle with the most? What course was the easiest? Although I didn’t anticipate it, the course that proved most challenging was a Linguistics class I took instead of math……….probably the easiest was a Folklore class.

If you had to start college all over again, you would have……….I would choose Penn all over again, but I would try to take more advantage of the deep variety of course offerings.

What are you doing now? I own a coworking, meeting, and event space in the Wicker Park-Bucktown area of Chicago. We opened about nine months ago. The business offers entrepreneurs, freelancers and other independent workers a productive workspace, meeting space as well as learning opportunities. My website is http://www.freerangeoffice.com.

Advice for Incoming Freshman. Apply yourself! Don’t get lost in the social scene. Immerse yourself and you’ll feel great about your decision to select Penn. Go Quakers!!!