Here at Penn, and all over the United States, everyone seems to have World Cup fever and support for U.S. Soccer is higher than ever. During US games, especially when they played Germany at the end of the group stage, and then Belgium in the round of 16, most work in offices in the United States seemed to come to a halt. US fans are more knowledgeable about the game and the star players from other countries than ever before.

We know that everyone around the world has been watching the games, and we know that includes Penn Alumni.

Now that the World Cup semifinalists are set, we want to hear from our alumni in Argentina, Brazil, Germany and the Netherlands. The world will be watching, and so will Penn Alumni.

During the semi-final games on Tuesday and Wednesday, use the hashtag #PennWC14 when you’re posting to Twitter or Instagram so we can see what you’re saying during the games. Make sure you mention your favorite team: #ARG or #BRA or #GER or #NED. Alumni from around the world are encouraged to follow the twitter stream and cheer on your favorite teams!

We’d love to see photos too – of you in your team’s World Cup shirt, or at viewing parties in your home country or around the world.

Good luck to all!

Brazilian artist Cristiano Siqueira was commissioned by ESPN to create unique posters representing each of the thirty-two teams in the tournament. The posters of the four remaining teams are below, but you can see all the team posters here. 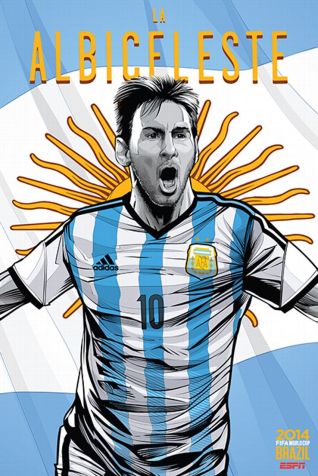 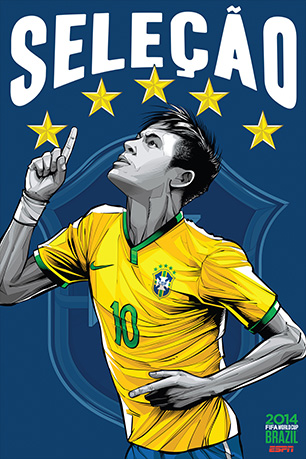 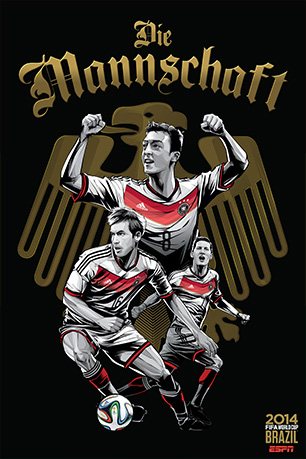 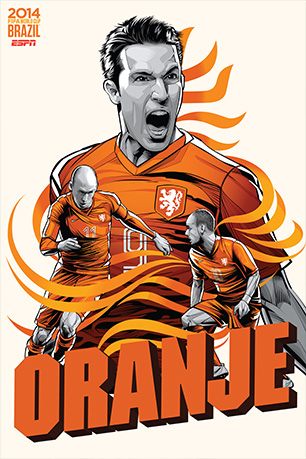 Argentina: Look up: Albiceleste is all you see.

Brazil: To be the best, you must beat the best.

Netherlands: The Oranje Army is coming for you.