“How many miles did we actually drive?” asked Tara, Director of Penn Alumni Regional Clubs.

“The Enterprise receipt clocked us in at 601.” 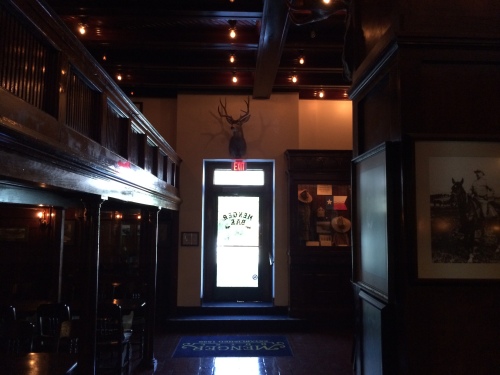 The Menger Bar in San Antonio

We landed in Houston on a Sunday morning and headed straight to our hotel to get our supplies and we embarked for the River Oaks neighborhood of Houston.  Our hosts, Kathleen Kopp, CW’74, PAR’16, and Alfredo Perez, PAR’16, were warm and friendly. They decorated their home in Penn Red and Blue and made sure that there were touches of Philadelphia throughout the house. 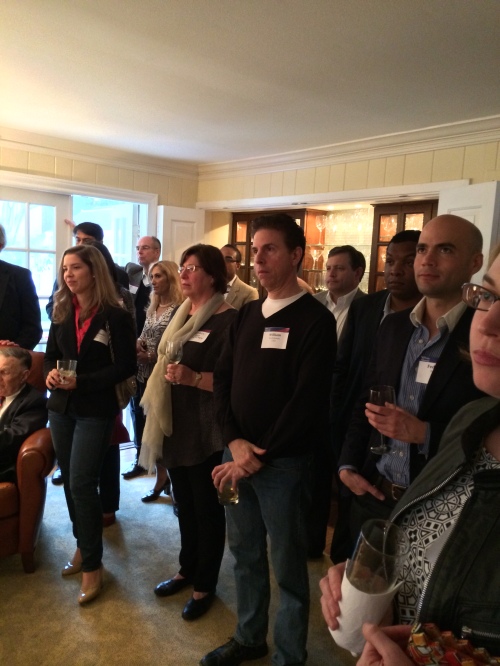 The club and its members were so thrilled to meet Craig. After an hour of socializing, Craig started his program – highlighting the Penn Compact 2020: Building on a Decade of Progress. The Penn Compact 2020 takes the tenets of Dr. Gutmann’s original Penn Compact and transforms them into a sustainable plan for the next decade focusing on the ideas of inclusion, innovation and impact. 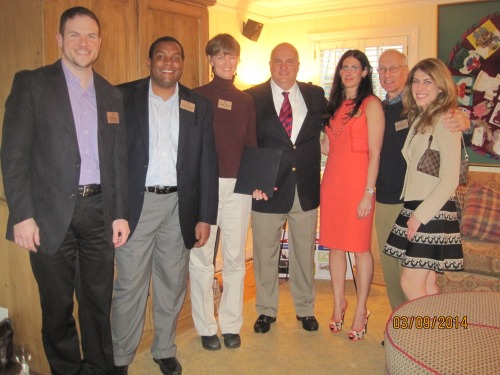 The Board of the Penn Club of Houston

The crowd of over 60 alumni and friends were enthralled with the stories that Craig told to highlight the pillars of Penn vision for the decade:

After his talk, Craig did us the honor of delivering the 2013 Alumni Club Achievement Award to the Club for their outstanding work in transitioning club leadership.

Bob Weidman, President of the Penn Club of San Antonio and Craig Carnaroli

We drove Interstate 10 to San Antonio as the sunny day turned rainy, but ended as overcast.  We made it to our hotel, the Hotel Menger, across the street from the Alamo. We stopped by the Menger Bar for a soda, so we could read up on Teddy Roosevelt and the Rough Riders who would recruit from the bar. Onward to Paesanos in Lincoln Heights for a delightful evening with club, including a current student and his parents.

The traffic between Alamo City and Austin was horrendous due to SXSW, but I drove like a local on the frontage roads to bypass the congestion as we approached the Capitol and then University of Texas. Our hosts in Austin, Jay Srinivasan, WG’96, and Jakes Srinivasan, WG’94, promised Saltlick BBQ and a taste of what “Keep[s] Austin Weird.” Our Penn Austinites were inquisitive about the plan for the South Bank of as a dynamic, mixed-use incubator. 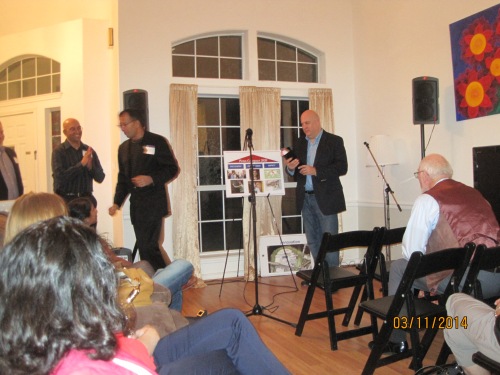 The event in Austin

Finally, we entered Dallas, as the end of our epic travels to the home of Laurie Suttenberg Corson, C’82, W’82, PAR’17 and Charles Corson, PAR’17.  En route, we drove past Dealey Plaza and the former Texas School Book Depository building.  The crowd of nearly 70 alumni and friends showed Craig their hospitality and were inquisitive about the great vision for Penn.

At all of our events, our Texas alumni were so excited to have Craig visit with them and take the time out of his schedule to make these events happen.  The exuberance was palpable and it infected all three of us.  Traffic didn’t stress us. The poor weather wasn’t a bother. The long journey went by so quickly.  We were energized because we couldn’t wait to meet the next Club of Penn Alumni because the last one invigorated so much. 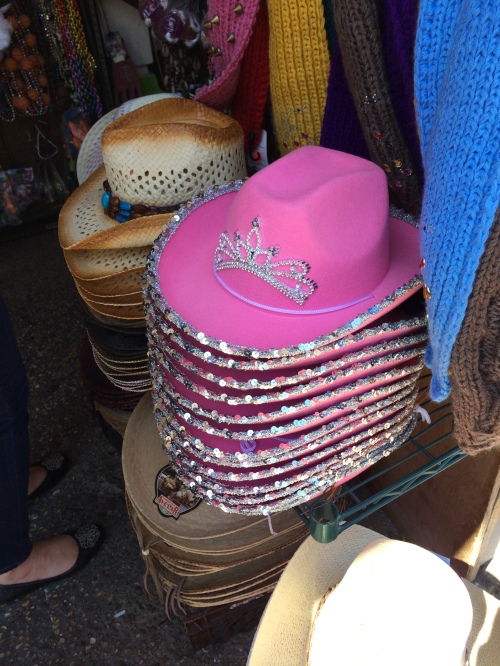 It was a fantastic trip to the Lone Star State and we were so grateful to meet so many of our Texas Penn Alumni.

More Texas souvenirs, in a rest stop in Italy, TX