I met Craig during our freshman year at Penn. I lived at Hill House and Craig felt “exiled” to live at Kings Court English House. Craig had a friend, Diane, from high school who lived near me in Hill House. Diane introduced all of us. As I recall, Craig had a difficult roommate situation his freshman year. He used to complain about it all the time. Luckily for Craig and us, Craig has mellowed since those days in the early 1980s as the world was starting to change.

We are very excited to have Craig come to speak to the Penn and Wharton Alumni Association of Michigan on May 21, 2013. In his role as the chief financial and administrative officer of Penn (reporting to President Gutmann), Craig will have some unique insights into what is happening at Penn now and what has changed since we graduated or last visited campus, a glimpse into some of the challenges and complexities involved in running one of the world’s premier institutions of higher learning, as well as a preview of some of master plans for the future of the campus. In addition, Craig will talk about ties between the ground-breaking community revitalization work that Penn did with West Philly and the direct ties it has with similar work being done here in the Midtown area of Detroit.

It is truly an honor to have Craig take the time to come speak to us and we are really looking forward to it. 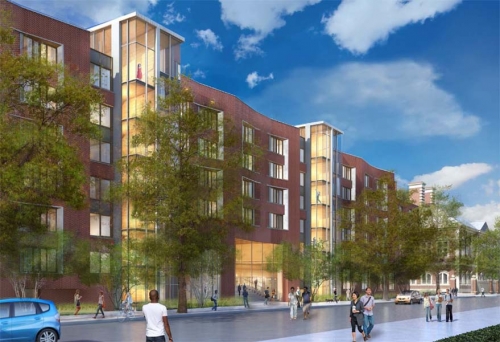 A photo drawing of the new plans for Hill Field starting in 2014, courtesy of Penn Facilities and Real Estate services.