Last week Sweeten was treated to its own wildlife adventure. A very large hawk decided to perch atop a neighboring building and have breakfast.

He was a beautiful animal and didn’t seem to mind when us Sweeten folk came out onto the balcony to photograph him. Breakfast was his main concern. 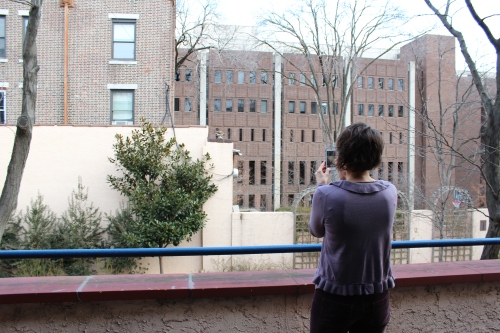 Upon further investigation—googling “hawks of Pennsylvania”—I discovered that we were watching a red-tailed hawk, also known as a chickenhawk. Although they rarely prey on standard-sized chickens, they do love squirrels and pigeons of which there are many in Philadelphia. The specie also seems to be unfazed by human activity so, unlike many of their fellow birds-of-prey, these hawks are often found in cities like our own Philadelphia.

Watching animals up close is a fascinating thing. It can be both beautiful and repellent at the same time, which is an unusual combination. Last year on safari, Penn alumni and I experienced a similar sensation. Lions on the hunt is a beautiful spectacle, but also nerve-racking as you wait for something gruesome to happen (or not happen, in our case). If animal watching is of interest to you, join us this fall on our alumni tour of East Africa. 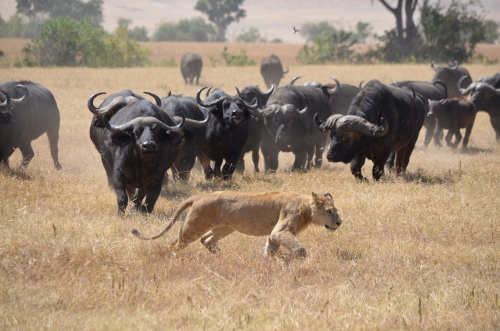 My favorite shot from the Ngorongoro Caldera lion hunt. The buffalo win this round.

But if Africa is a little too far for your taste (or your wallet), make sure you look upwards next time you’re in Philadelphia or on campus at Penn. Perhaps you’ll spot another red-tailed hawk!

One response to “Breakfast at Sweeten”