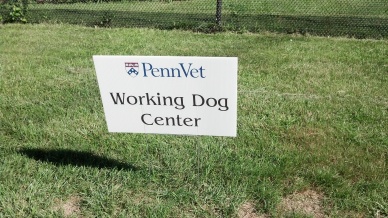 This morning, my friend Emilie and I went to the grand opening of the Penn Vet Working Dog Center at the new facility near Grey’s Ferry. Welcome remarks came from Joan Hendricks, the Gilbert S. Kahn Dean of the Vet School, followed by comments from Executive Vice President, Craig Carnaroli. Not only is Mr. Carnaroli a supporter of the program, he and his wife are also volunteer foster parents for Socks, pictured below.  Socks is named after Socks Lavoie, a lab who worked with rescue workers following the World Trade Center collapse 11 years ago today. 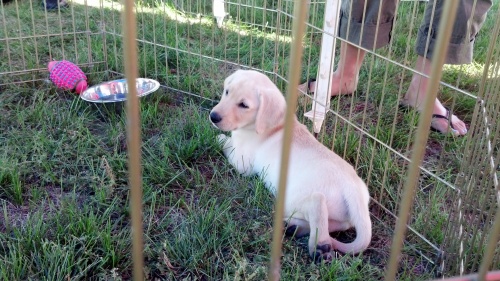 We got to pet her after the ceremony. 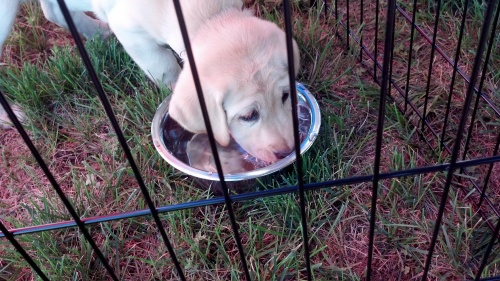 Like all puppies, she was still clumsy and got most of the water on her coat.

We also heard from Cynthia Otto, the Executive Director of the Program, as well as David Konty, Senior Advisor for the U.S. Department of Homeland Security and Animal Planet celebrity, Victoria Sitwell, star of It’s Me or the Dog. She spoke about living in Manhattan at the time of the attacks and working with the Humane Society to bring therapy dogs along to help families who had lost loved ones during the attack. 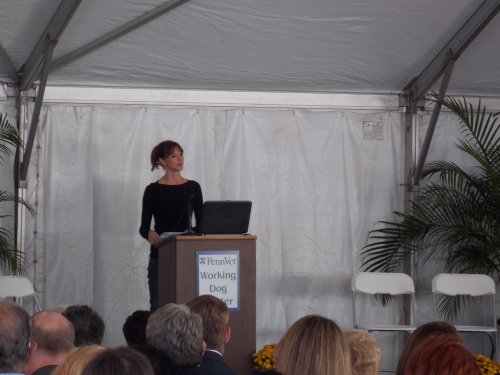 She described how the families, who were on the way to the memorial site, would be sitting on the ferry, mostly not speaking, and certainly not smiling; lost and isolated in their separate grief. Then, they would bring the dogs on to the ferry and the entire atmosphere would change as people interacted with the dogs, petting them, and then talking to one another. One mother watched as her son got down on the ground to play with a cocker spaniel.  He laughed at something the dog did, and the mom said, “That’s the first time I’ve heard him laugh since his dad died.”  That’s what working dogs can do; not only can they be taught to literally save lives in the time of crisis, they can also help us to heal after one.

Next, we were able to meet three of the living rescue dogs from 9/11: Kaiser, Bretagne, and Morgan, all of whom received commendations from Tom Sharp, CEO of the American Kennel Club Companion Animal Recovery and standing ovations from the crowd. I noticed too that sitting right in front of us were two working dogs who are currently part of the State of New Jersey Urban Search and Rescue team. As you can see from the third photo in the series below, the dogs seemed to be good friends. 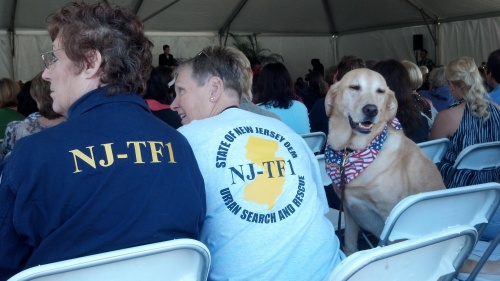 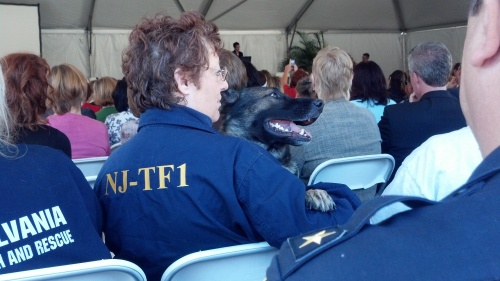 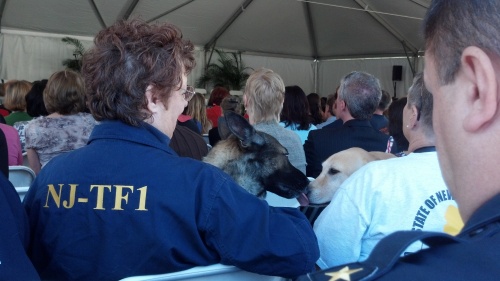 Lastly, we got to meet the inaugural puppy class of 2013, all of whom are named after rescue dogs–Bretagne, Kaiserin, Morgan, PApa Bear (PA stands for Pennsylvania), Sirius, Socks, and little Thunder (pictured below with toy).  We also learned from Maureen Rush, VP for Public Safety, that two members of the graduating class will become part of the Penn Security Canine team upon graduation. 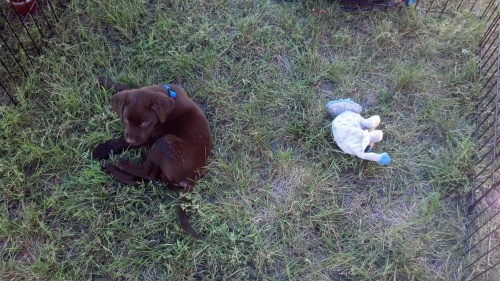 Can you even resist helping out? If you’d like to volunteer your time, go here. You can also have a significant impact by making a gift to the Penn Vet Working Dog Center today. Your contribution will most certainly make a difference in the lives of these dogs, and the people they help every day.

Addendum: Had to add this photo after I found it on the Penn Working Dog Center Facebook page. The K-9 team heading toward the World Trade Center on 9.11.2001. 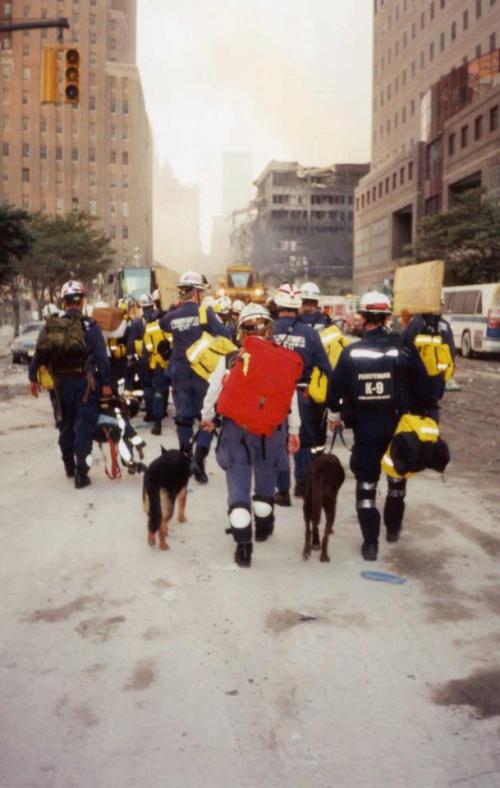