I work for Penn, but I am based in our western regional office in Los Angeles. For the past few years, I’ve returned to campus in February for the Penn Alumni board and Global Alumni Network retreats. Last year, I flew in from Seattle after a Penn event there the night before, and our flight was delayed due to snow in Philadelphia. My colleagues flying with me were not thrilled, nor was everyone back at Penn, as about a week or so prior there was a huge snowstorm. Snow was still around making everyone miserable, and no one wanted any more.

But for me, I couldn’t have been happier. I love the winter and snow. I was born in New Jersey but moved to Texas when I was 12. When I decided to attend Penn for college, I looked forward to beautiful snow falling on the campus. Sadly, during my four years on campus, we barely had any snowfall. My senior year, as everyone was returning from Spring Break, we finally got some serious snow – enough to cancel flights and delay everyone’s return to campus.

So, when I was on campus two weekends ago, I was thrilled to be in a session with our Global Alumni Network volunteers in Huntsman Hall and see snow falling outside. It wasn’t sticking to the ground though, but it made me smile. Later that night, as I exited the Palestra after watching the Men’s Basketball team eke out a victory over Dartmouth, it was snowing again. I was with Melissa Wu, C’98, of PennClubLA,  and Beth Topor, W’80, of the Penn Club of Northern California. How fitting that three California Penn grads walked out to windy snow…and then desperately tried to find an available cab.

I didn’t get any pictures of that snow, since it was night, but I share with you below some photos from March 2009 that I took. Everything is so pretty when covered with snow! 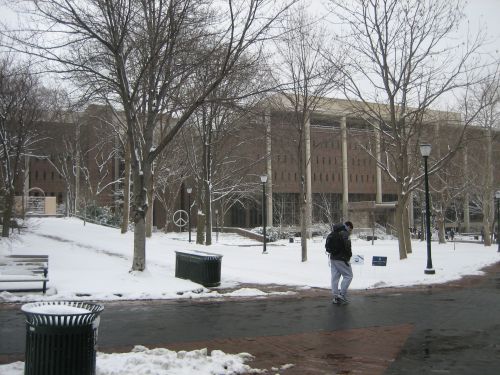 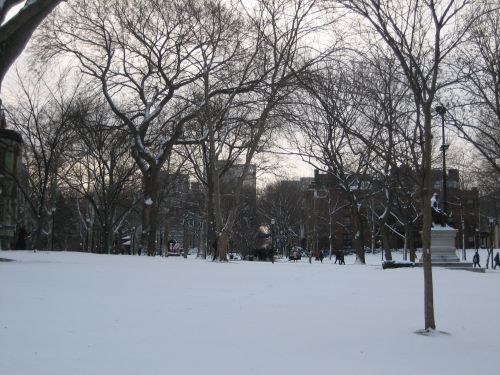 College Green (not looking so green...) 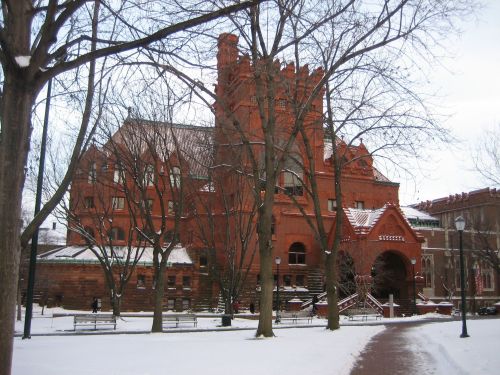 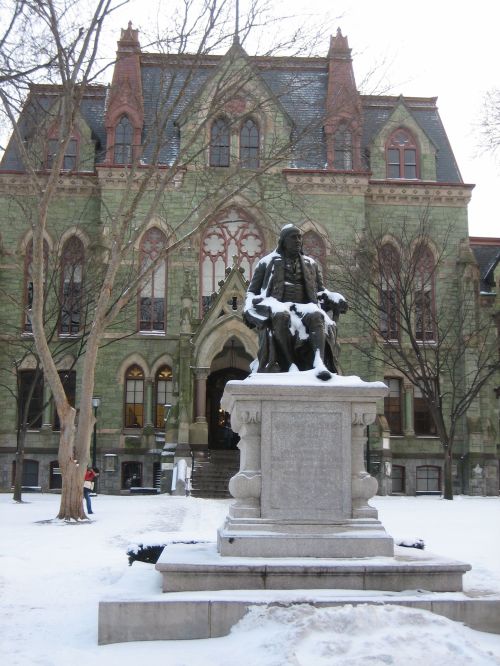 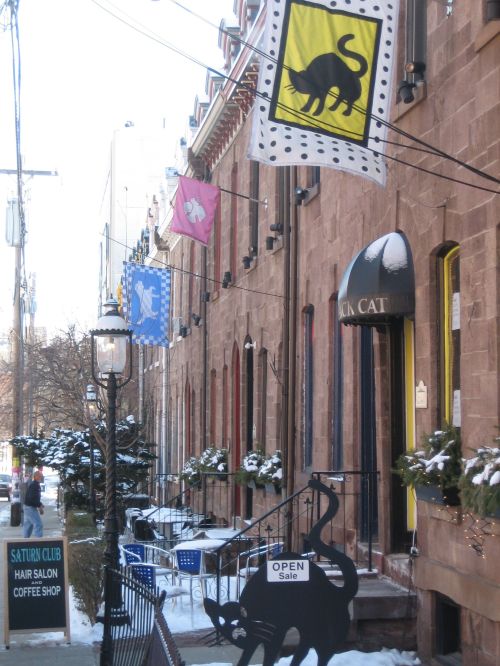 Shops on Sansom Street, including the now closed Black Cat 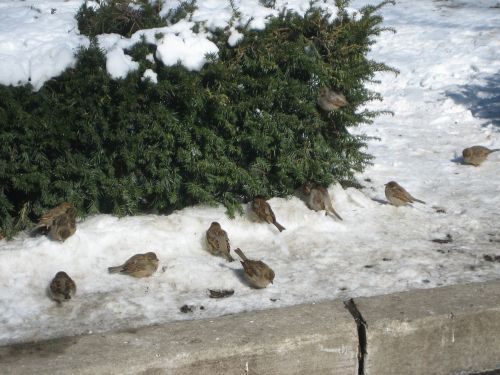 Birds chirping near the food trucks behind Meyerson Hall

2 responses to “Snow at Penn”