The Penn Traditions program revived an old tradition for the Penn Park opening on September 17.  On a beautifully cloudy late summer afternoon, the 21st century Push Ball was unveiled almost 103 years after the tradition started.    For five brief years in the early 20th century, the Push Ball Fight surfaced as one of the traditional confrontations between University of Pennsylvania freshmen and sophomore classes. The first Penn Push Ball Fight took place on Franklin Field on October 22, 1908.

The ball to be pushed was always quite large in size. The ball used in the first fight was six feet in diameter.  The fight began with the ball in the middle of the field and the two opposing classes lined up on their individual goal lines on opposite ends of the field. The point of the fight was to move the ball over the opponent’s goal line. At the sound of a whistle, the members of each class rushed to the huge ball and tried to score a goal, hopefully by straight clean line as in football rather than by means of slugging matches.  It looked like this:

Here is an original news article about the Push Ball Fight in 1912:

The reborn Push Ball is ten feet in diameter.  The first step was inflating it – we did so with a leaf blower. 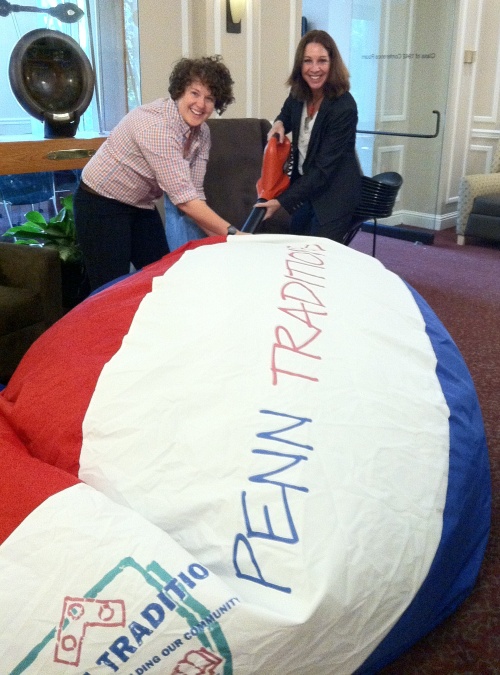 We then got it to Penn Park and it was a smashing success the second it hit the grass. 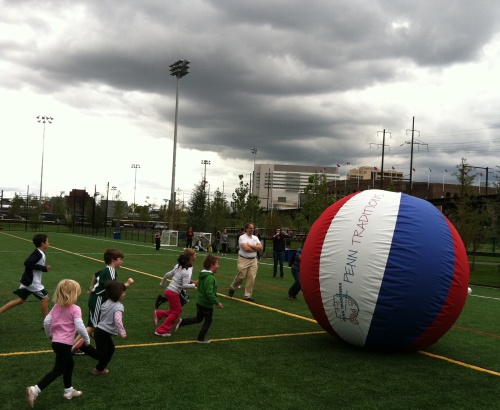 The Penn Traditions program adapted the rules a little bit and let the kids, young and old, push the ball around the field and into the goals “free style.” 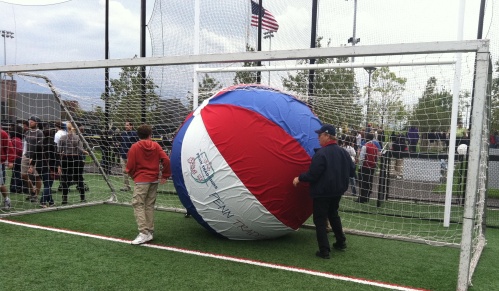 The day ended after many happy alumni, students and their families enjoyed the new Push Ball, taking advantage of the photo ops it provided. 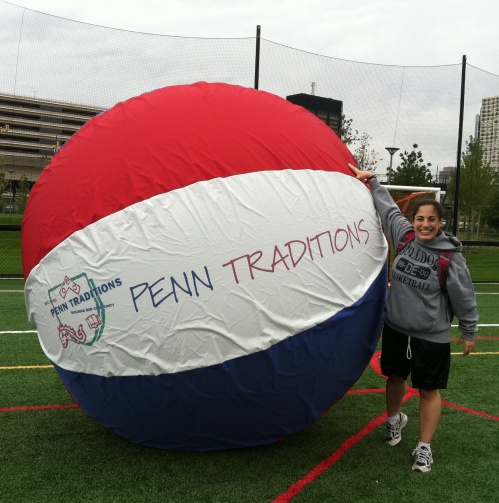 Final step?  Deflating the ten foot ball.  Not as easy as you might think.  It took 6 adults almost a full hour to take the air out of this Penn tradition.    It won’t stay deflated for long – it is clear that this new old Penn tradition has some momentum!  Look for the Push Ball on campus at Homecoming, November 4 – 6, 2011!